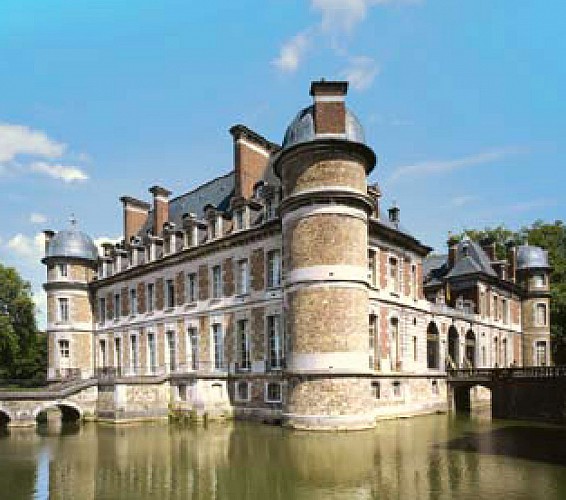 The castle and its gardens

Owned by the de Ligne princes since the 14th century, the château visible today was partly rebuilt to its mediaeval plan, complete with four corner towers and moat, after a fire in 1900.

The magnificent 18th-century gardens are set in a huge, 20-hectare rectangle with an ornamental lake known as Neptune’s Mirror at its centre and a series of groves, grassed sitting areas and water features, plus a vegetable garden, running along its sides.

This is extended by the Grande Avenue, an avenue of beech trees 4 km long bordered by the Rond Bois wood and crossed by the La Héronnière pool.

While the wood and the Grande Avenue have now been handed over to the Walloon region, the remainder of the estate is managed by the Ligne Foundation, which organises a prestigious classical music festival in the grounds each year.