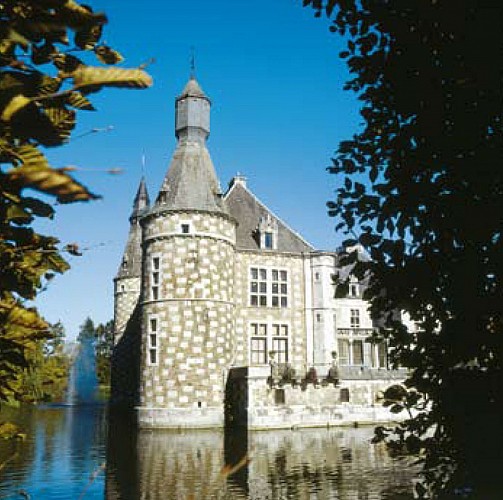 A remarkable example of a feudal lord’s residence with its moats, chateau chapel, porch-tower, estate farm and living quarters, the Château de Jehay was first mentioned in 12th-century texts but took on its present form in the 16th century.

Built in the Renaissance Gothic style, its façades are a rare example of chequer-pattern stonework in limestone and sandstone.

The complex now belongs to the Province of Liège, which uses it to promote tourism and the arts.