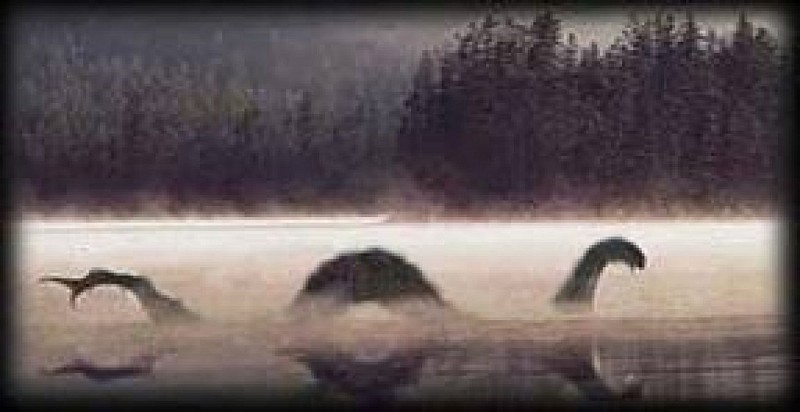 "A long, long ago two trolls, Jata and Kata, in Grand Lake and cooked something in their cauldrons. They cooked and added, days, weeks and years. They did not know what became of the brew but wondered. A evening we heard a strange sound from the cauldrons. It moaned, groaned and screamed and then came a loud bang. A strange animal with black serpentine body and a cat head jumped out of the kettle and disappeared into the lake. monster enjoyed living in the lake, grew tremendously and brought terror among people when it turned out. Finally, it extended around Frösön and could bite its own tail. Ketil Runske bound the mighty beast with a strong spell, which was carved on a stone, which was erected on Frösön. The snake was depicted on the stone. Thus was the spell be tied till someone can read and understand the inscription on the stone. "