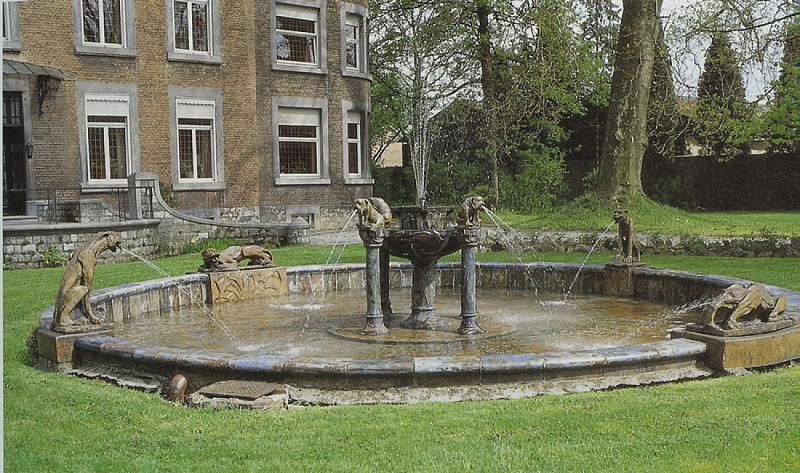 This third work by Arthur Craco is situated in the gardens of the castle, the Château Noël, along the Avenue Roi Albert going towards Andenelle. On the edge of the basin, four chimeras (an animal composed of a lion’s head, a goat’s body and a snake’s tail) could be seen spitting water into a broad basin. In the middle of that basin, another smaller basin was supported by four columns each surmounted by a bulldog.