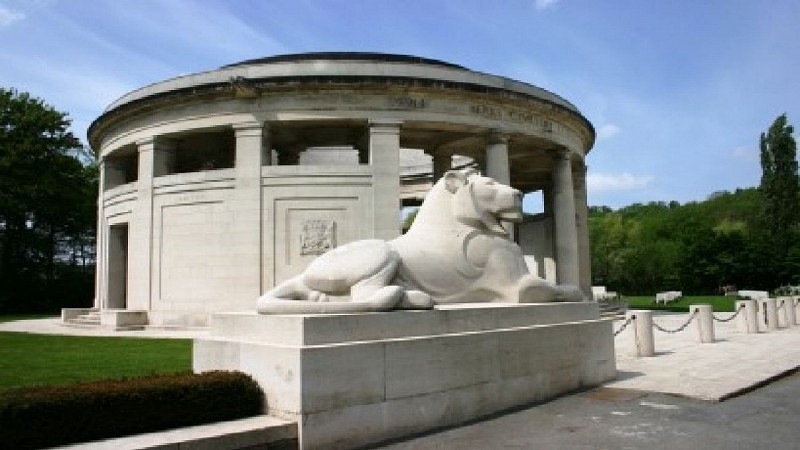 *Memorial to the Missing*

This cemetery is a Commonwealth War Graves Commission (CWGC) memorial for the missing soldiers of World War I who fought in the immediate area of the Ypres Salient on the Western Front.

The grounds were assigned to the United Kingdom in perpetuity by King Albert I of Belgium in recognition of the sacrifices made by the British Empire in the defence and liberation of Belgium during the war.

You see the magnificent circular temple, built by Chalton Bradshaw, guarded by two stone lions. The names of 11,447 unknown British soldiers and officers are engraved here.

Since 7 June 1999, the Comité du Memorial de Ploegsteert has arranged for the Last Post to be played at the memorial on the first Friday of each month.