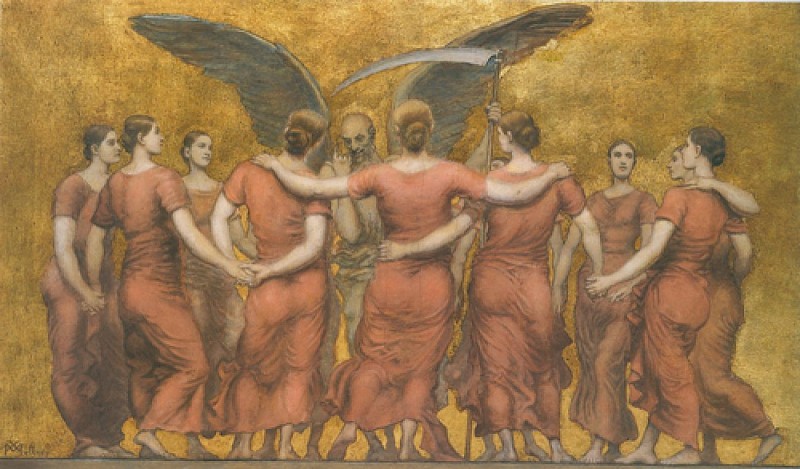 His classical allegories stand against a golden background, inspired by Byzantine tradition, as in ‘The Rondo of the Hours’. The non representation of space, which eliminates any possibility of localization, lends the scenes a timeless dimension.

The artist is one of the very few Belgian symbolist painters to have made abundant use of writing in his allegoric works. Mellery, who was Fernand Khnopff’s teacher and master, used to say "Everything is alive, even the motionless" (from Anne Goffart, Communication Department)