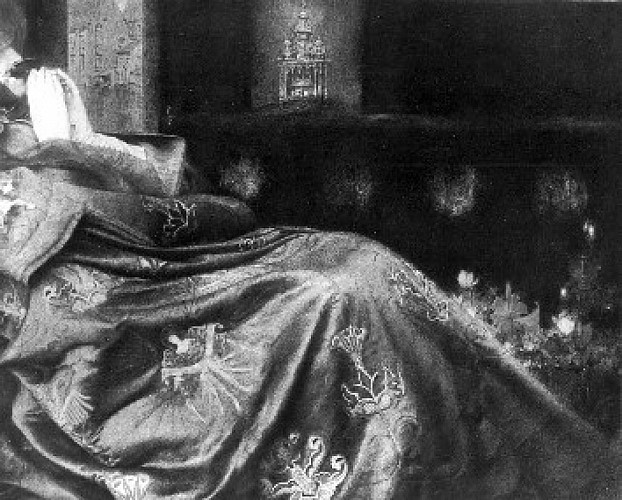 The enhanced photograph entitled 'D'autrefois' seems to be the only remaining part of the central pane of a triptych Khnopff created in 1905 and exhibited several times immediately after its completion, including in Brussels, Venice, Bruges, Paris and Munich.

This triptych evoked a physical portrait of the city of Bruges and Khnopff alluded to this reference in the title variations employed throughout the varied catalogues. The left pane depicted a canal, the right one Marie of Bourgogne’s tomb.

The picture, with its unusual framing, evokes the mysterious figure of a recumbent woman, drinking from a goblet, underlining the sacred aspect of the vision (from Anne Adriaens-Pannier, in catalogue 'Fernand Khnopff (1858-1921)', Brussels, RMFAB, 2004, p. 249-261)