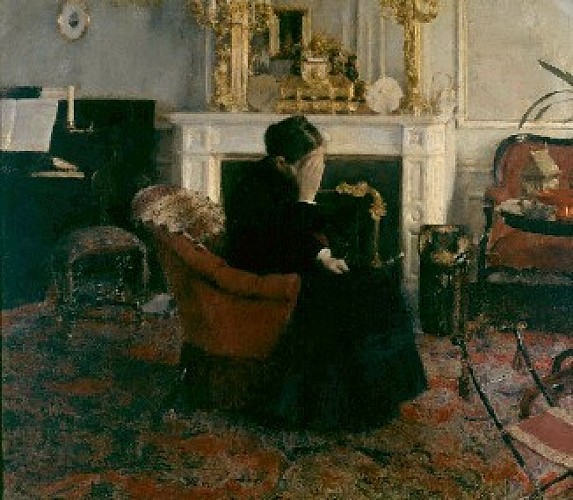 This scene is infused with a melancholic and contemplative atmosphere. The true topic of the painting is the emotional effect of music. The woman isn’t really steeped in the world; she is lost in her memories.

Her feelings and emotions are not meant for the spectators. All the attention is drawn to her hand, the central focus of the composition. That hand which protects her against the spectators.