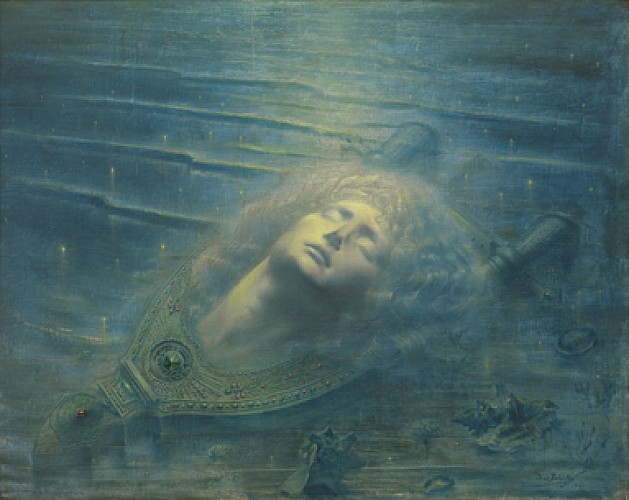 This works draws on a form of deliberate vagueness. Orpheus’ head floats in an undefined space, both sky and sea.

Spiritual body of light, the ideal poet’s head is torn in a double motion: it seems to move on the water’s foam, while a few details like the seashell seems to indicate it has already reached its destination in the depths of the ocean.

Expectantly turned towards the future while returning to its origin, it emblematically translates the social if not ideological aspiration which fed Delville’s work. It also shows a decorative longing which will be further developed in the artist’s subsequent works (from Michel Draguet, in 'Le Symbolisme en Belgique', Brussels, RMFAB, 2010, p. 262)