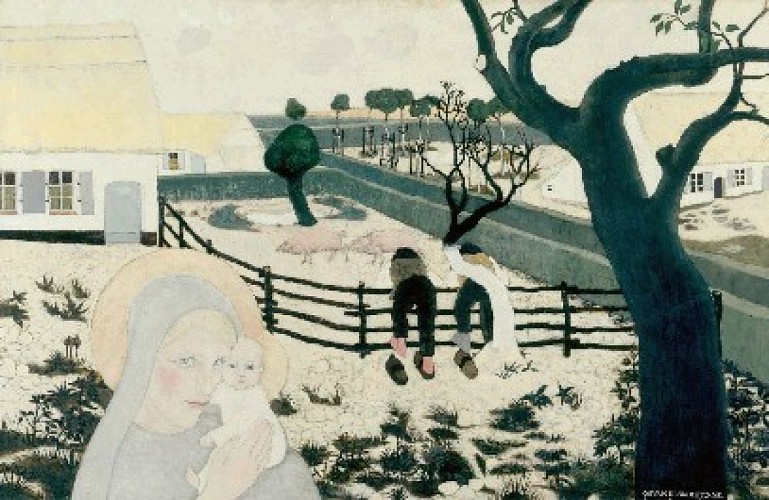 From his youth, Van de Woestyne showed a religious vocation and, in 1905, he entered the Louvain Benedictine abbey as a postulant. However, one month later, he returned to Laethem and permanently chose painting, but his deep religious beliefs would permeate through all his life’s work.

Even after leaving Laethem-Saint-Martin in 1909, he still drew his inspiration from peasant life.

The Madonna with child seems to be the main topic of the composition, but she is only a residual part. The true focus is more on the two peasants leaning on the fence who nonchalantly watch their hogs. A feeling of peace and quiet transpires. It’s summer, a Sunday, farms seem deserted, nobody works on “Lord’s day”.

The mystical thought of the artist is symbolized by the Madonna in the foreground. She is ethereal, in sharp contrast with the realist representation of the humble life of peasants (from Sophie Van Vliet, in 'Musée d'Art Moderne. Œuvres choisies', Brussels, RMFAB, 2001, p. 132-133)