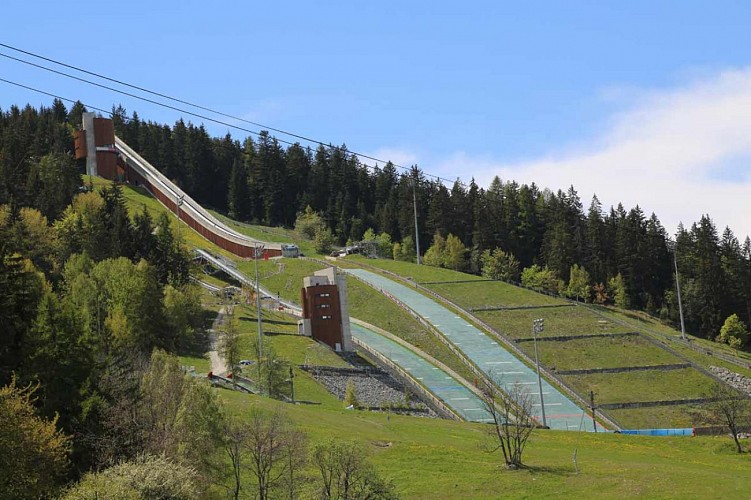 THE OLYMPIC SKI JUMPING VENUE
Le Praz Plateau was chosen to host the ski jump and Nordic combined competitions at the 1992 Albertville Olympic Games. Two ski jumps were built for the occasion: one measuring 120m and the other 90m. Previously there had been a 40m ski jump on this site used for the Grand Prix in the interwar period. The site has now been developed and has two additional 60m and 25m ski jumps and a gym called L’Envolée.
-> The annual Ski Jumping World Cup in mid-August.