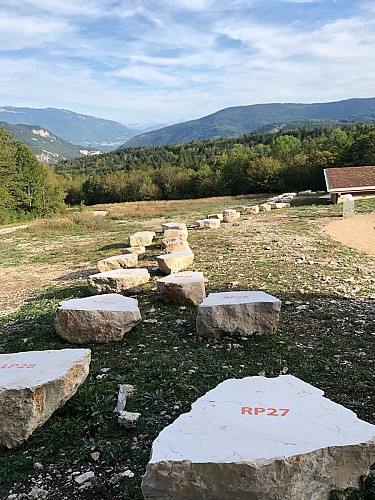 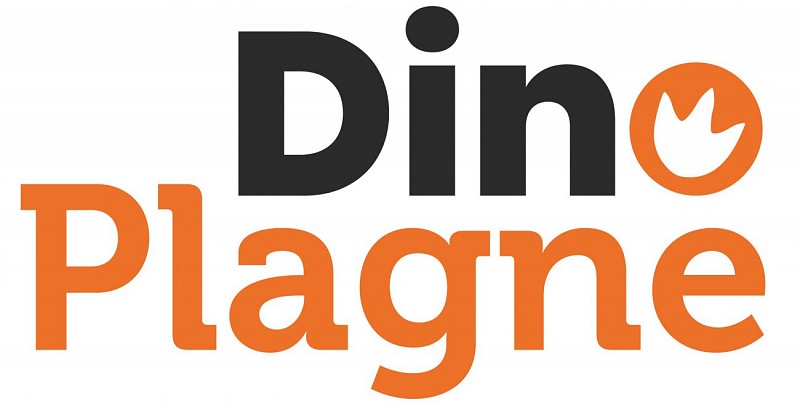 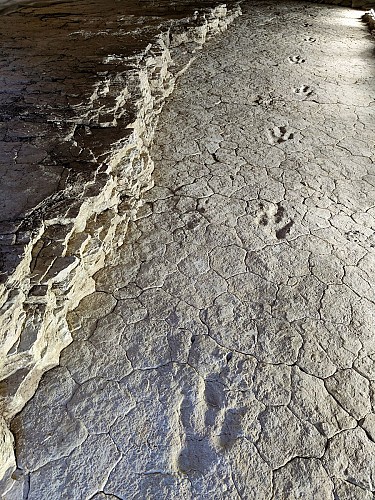 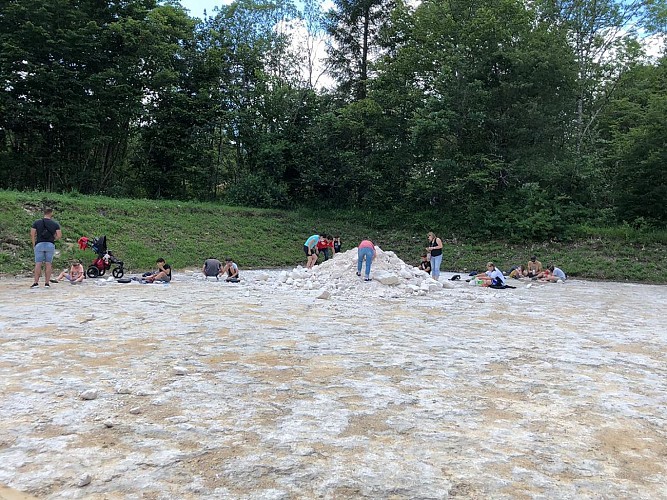 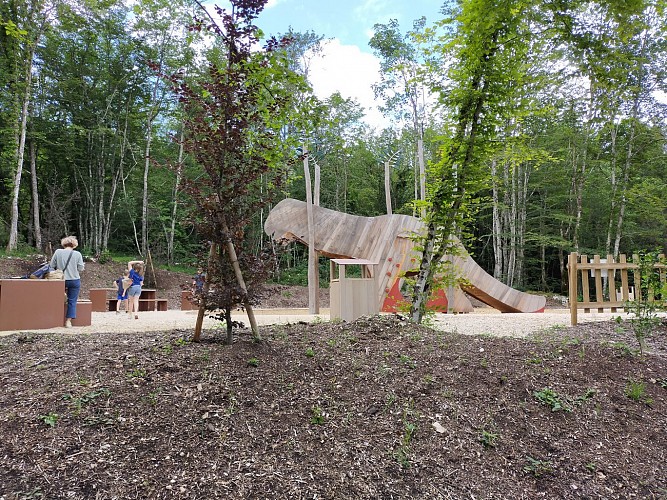 The work to protect and enhance the Dinoplagne site® is finalized. Labeled Sensitive Natural Space by the Ain Department; Dinoplagne® is home to the longest track of dinosaur footprints !
To visit: reservation required.
Ain during the Mesozoic Era was paradise! Back then, the landscape resembled the enchanting coastline of the Bahamas today. It was a time when being a giant protected you from ferocious predators, such as theropods like Tyrannosaurus Rex – agile, meat-eating dinosaurs. 30 metres in length and weighing over 40 tonnes, the sauropod that walked through Plagne was one of these giants.

He left behind gigantic footprints, measuring over 2 metres in width, across a 1,000 square metre area of limestone rock. The size of the footprints and the length of the track contribute to the exceptional nature of the site – there’s nowhere else like it in the whole world.

The site of the dinosaur footprints was discovered in 2009 by geologists and biologists from Oyonnax. 3 successive paleontological searches, carried out between 2010 and 2012 by researchers from the French National Centre for Scientific Research (CNRS) and the University of Lyon, revealed 115 footprints over a distance of 155 metres - making this the longest sauropod trail in the world! The prints were fossilised 145 million years ago! A world record!

This discovery has enabled scientists to gather important data about the geology of the area, the history of the Jura Mountain range and the dinosaurs that once lived here as well as to improve methods for extracting information from footprints and trails and analysing the data revealed by the searches.

So, it’s not surprising that the site has been protected under the Sensitive Natural Areas program (ENS) since 2015.

*From Lyon or Bourg-en-Bresse via the A40 motorway: exit n° 9, take a left towards Bellegarde-sur-Valserine. At Moulin de Charix, turn left and follow the D49.

*From the Jura region: from Belleydoux, take the D13 towards Echallon then the D49.