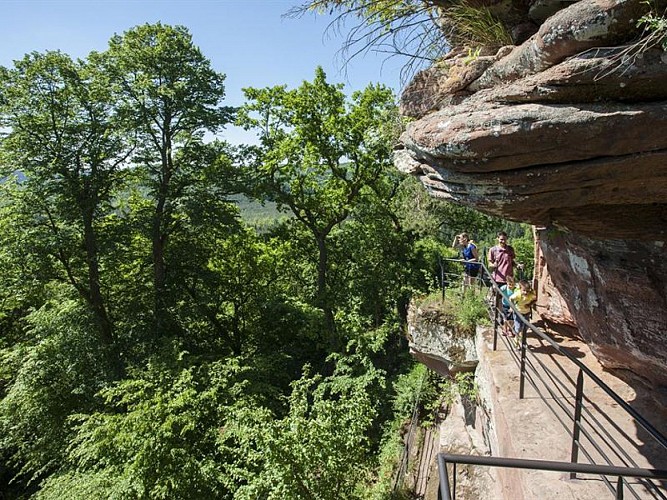 Emerging from the forest, the tower of waldeck castle is part of the Hanau Lake site. This castle built at the end of the 13th century on a rocky outcrop, often changed hands.

Originally it was owened by the Lords of Lichtenberg. Afterwards the castle was owned by the Counts of Deux Ponts-Bitche up until 1570, the date of the last descendant. Several years after the 30 Year War, it was dismantled by troops under the command of the French Marschals and was never rebuilt.