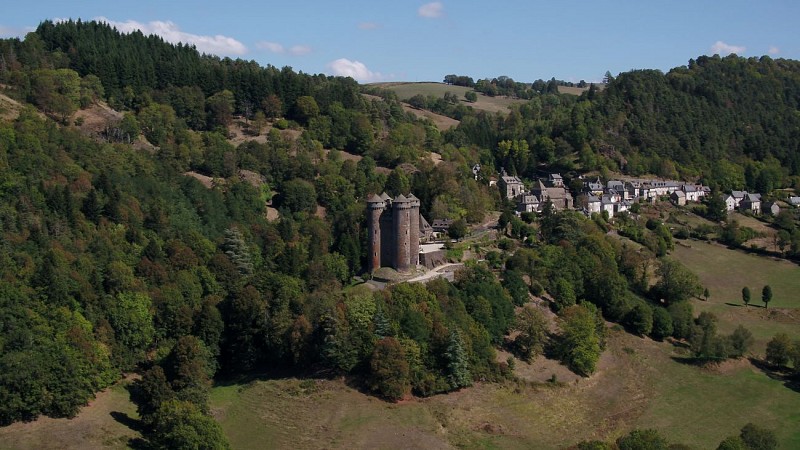 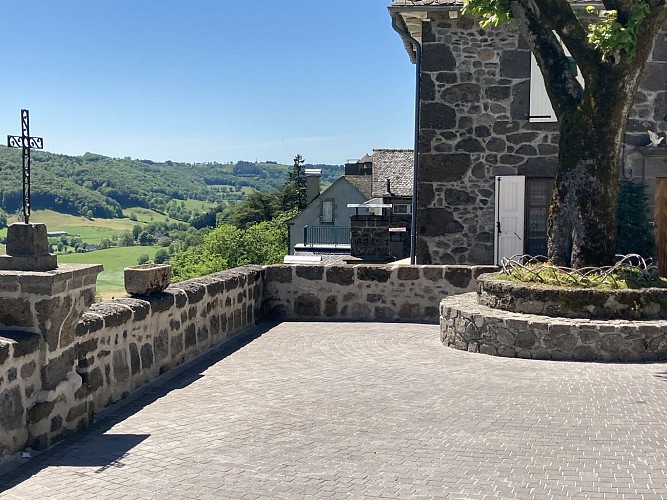 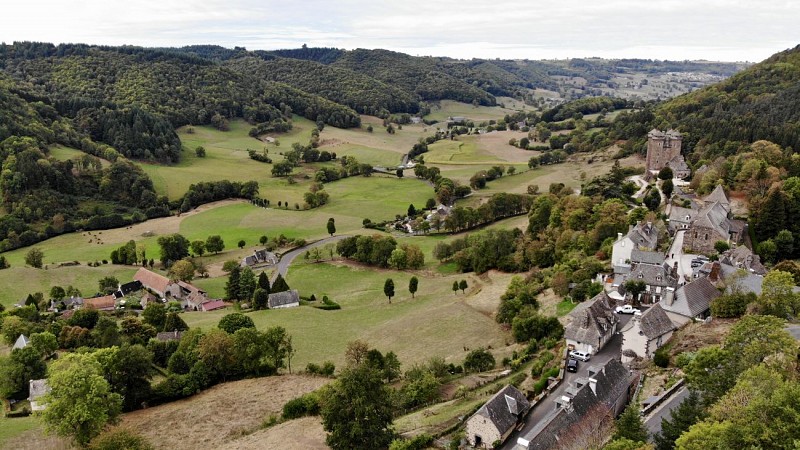 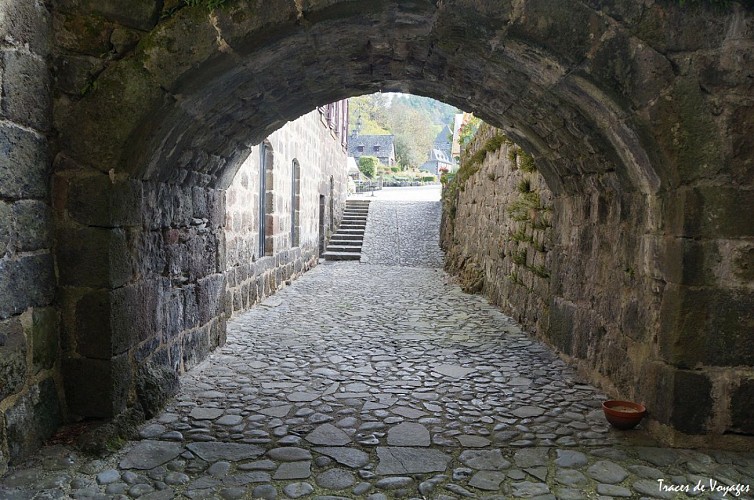 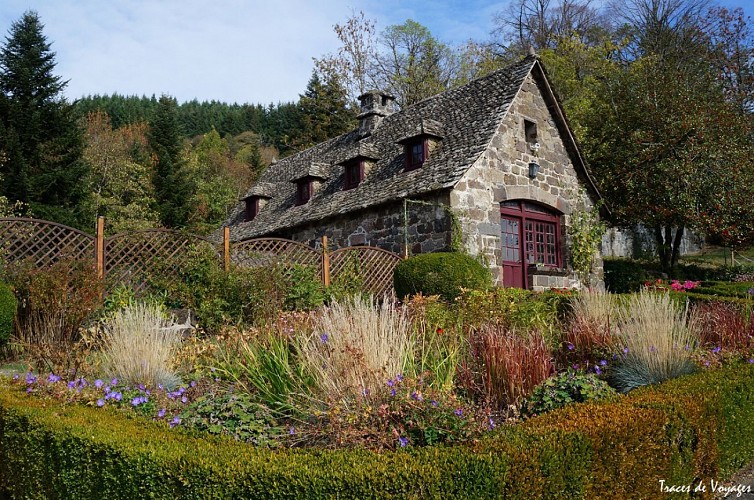 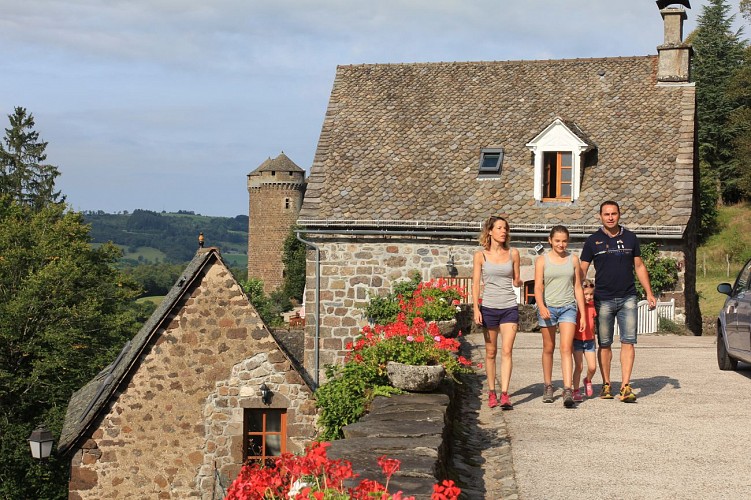 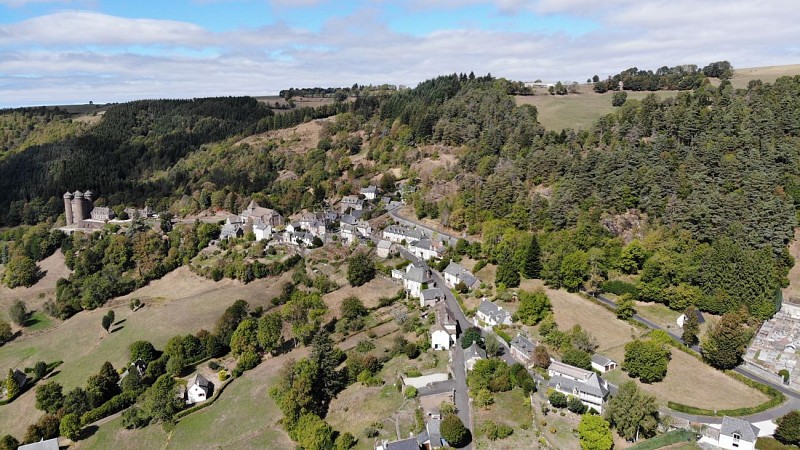 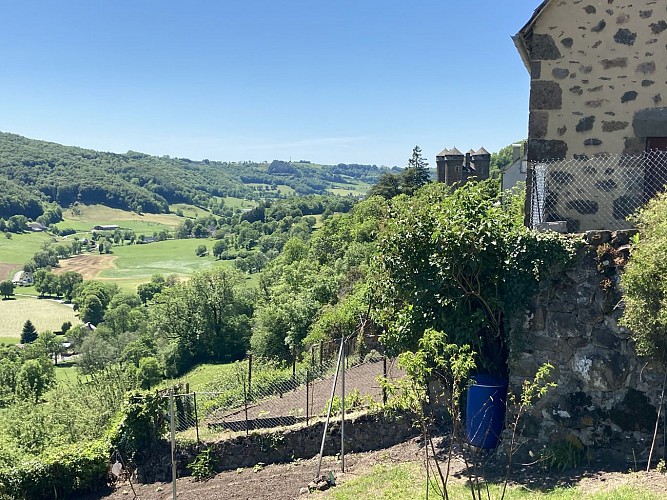 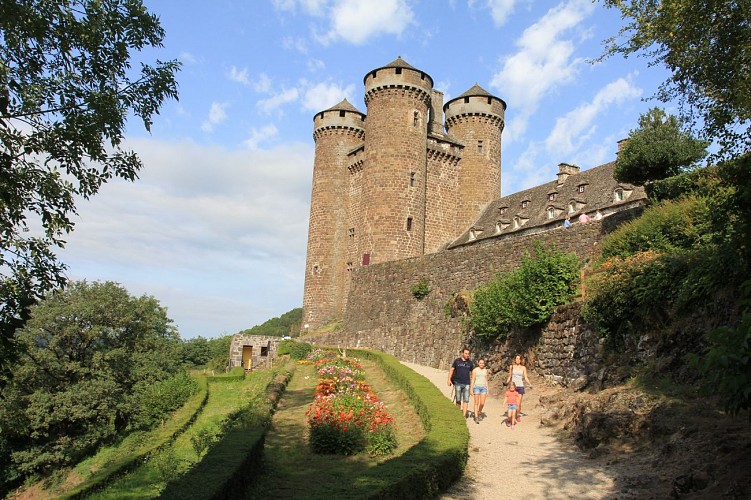 South of Salers in the Doire valley, you will find “Tournemire”. Perched on the hillside and ranked as one of the Most Beautiful Villages in France, its name comes from a famous family Tournemire.
The knight Rigaud de Tournemire is mentioned in a settlement dated from 1030. His brother, Pierre, a knight, participated in the
Crusade of 1095 and preached in Clermont-Ferrand. Legend has it that when he came back from the Holy Land, he brought a thorn from Christ’s crown. Venerated as a miraculous object it is said that it cures eyesight troubles. It was kept within the Romanesque church of which the oldest parts date from the 12th century - its chapels, its keystones, its porch and sculptures are other remarkable elements to see.
During the 12th century, the Tournemire family built a monumental castle the high tower of which included the present church in its surrounding wall. Unfortunately, the fortunes lost in the Crusades and the sharing of the seigniory between several co-lords progressively contributed to the decline of the Tournemire family. A bourgeois family from Aurillac, the Anjony (a derivation of the name Johanni), enriched by successfully trading in animal skins, became consuls of the town, bought lands from the Tournemires and built their own castle during the 15th century. A wedding sealed the alliance between the two families, one bringing a blazon (coat of arms) and the other bringing the finances. The honeymoon was short and the two families indulged in a ruthless battle using surrounding routes, paths, residences, the cemetery and even the church as a sparring ground. These quarrels persisted during the Religious wars and ended in 1623 with a duel between 3 Anjony and 3 Tournemire. A visit to the present 15th century castle will give you an insight into the turbulent history of this village and help you to speculate about what happened.
Walking through the village, you will see numerous houses with monumental stones coming from the previous 12th century castle but nowadays we can only guess at the actual site.
When you get near the church, follow the cave path where you will see notches for beams and fire place conduits in the rock- proof of an ancient building. Further into the caves, evidence shows that this is without doubt the oldest inhabited area of the village. You’ll see that the caves offered shelter for the herds and their fodder.