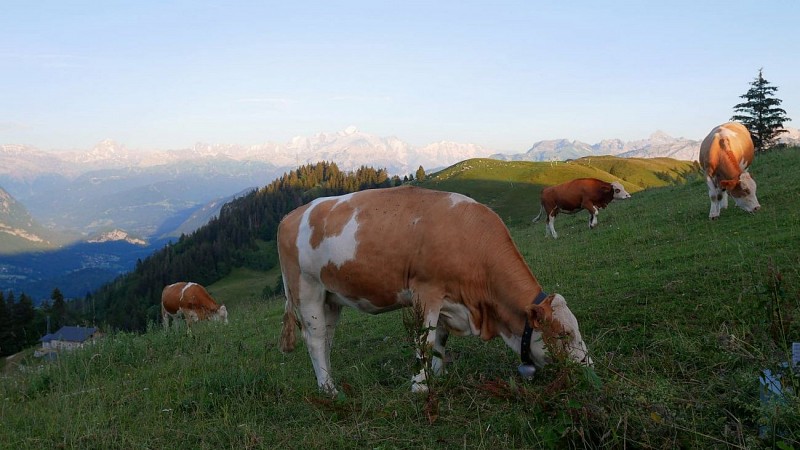 Itinerary around the Brasses from Viuz-en-Sallaz.
The start is in Viuz-en-Sallaz, on the village square in front of the town hall. To reach Bogève, go up the Foron river alternating single-tracks, paths and roads, to then go down to Villard by the Perret pass (960 m), then, go up the Menoge river to Habère Poche to reach the Creux pass (1288 m). From there, we start a long descent alternating forest paths and 4x4 tracks to the place called "Les Plagnes" in order to join the road and then go down to the village of Onnion by a very nice single-track. Then, we join St-Jeoire by the village of Quincy and the gorges of Risse. From St-Jeoire, we climb a small kilometre on the north side of the Môle to go back down to La Tour by the woods and then return to Viuz-en-Sallaz by the road.