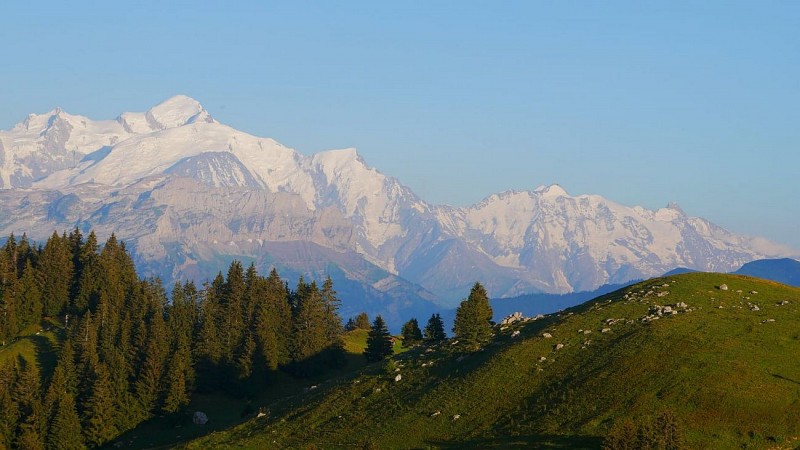 Very nice walk on the heights of Viuz-en-Sallaz and the Brasses.
Departure from the commune of Viuz-en-Sallaz. Climb on a path mainly until Bogève. From there, climb by the road to Chaîne d'Or (you can cut the laces by a very steep path for those allergic to tarmac). Crossing by road and path to Rocher Blanc (climbing site). Then a beautiful and well maintained descent to Onnion (shortly after the start of the descent: just after the second hairpin, take the narrow path that leaves the main path above Grand Champ). After Quincy, the descent on the Risse is a bit stony until Pouilly. Then back to Viuz.