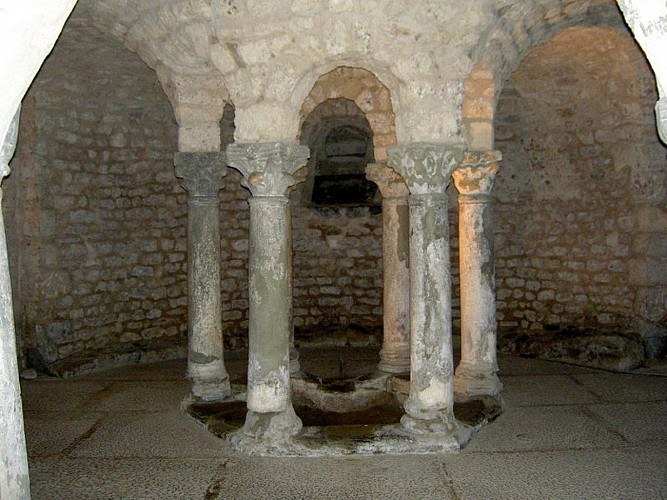 Built on the primitive side of the town, the church is notable for its crypt, religious vestige among the oldest and most beautiful of Savoy.
The church was finished in 1513, on others older religious building. The first written mention of this place was from 866 and the archeological furnitures that were found make think of the existence of a temple of Mercury at the same place. She was modified during the centuries well or badly, which explains its curious aspect.

The major interest of Lemenc is in its crypt, which represents one of the oldest testimony of christendom in Savoy, and is still a mistery for the archeologists. It is composed of a pre-romane rotonda, dated from the IXth century, which center is occupied by a kiosk made with 6 columns. The purpose of this element is still dividing the experts.
The rotonda is extended by three romanesque naves with very thick walls. On the vault of the main nave, recent restorations have allowed to discover wall paintings from 1510.
Theses naves ends on a gothic crypt much more recent, it was realized in 1445. At the end of the crypt, there is a spectacular entombment.