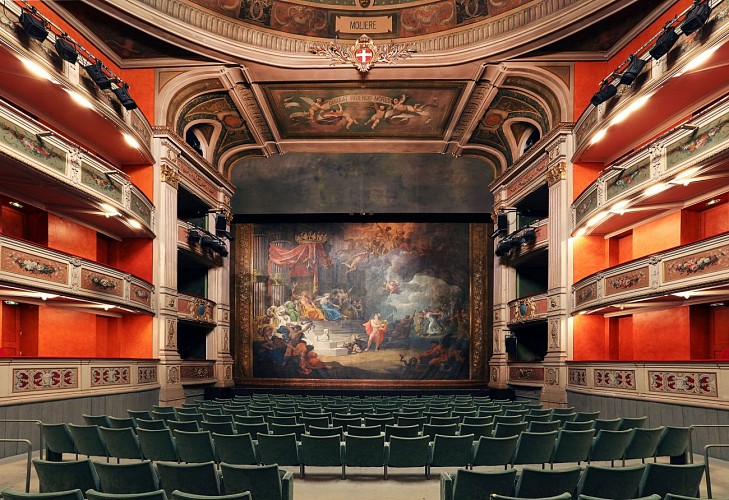 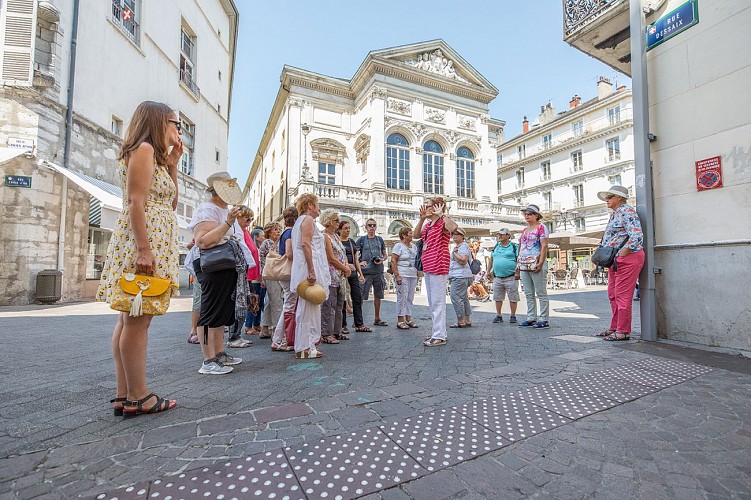 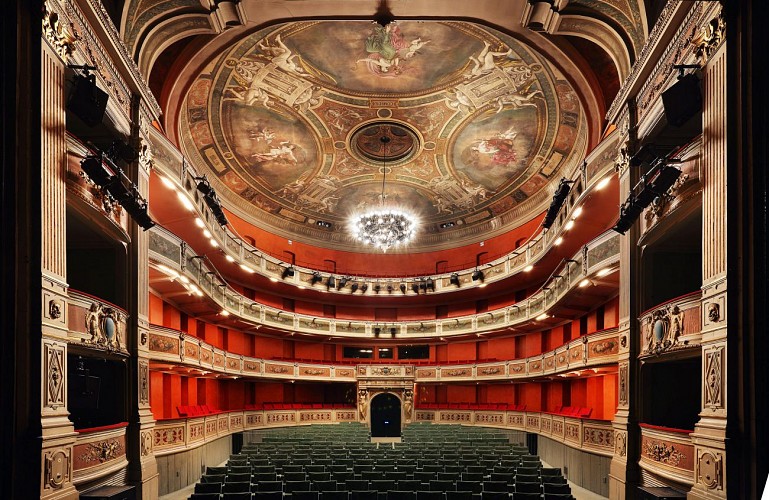 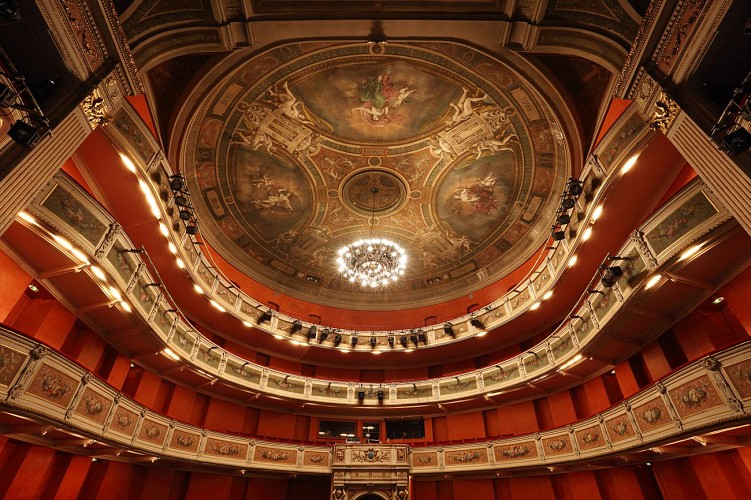 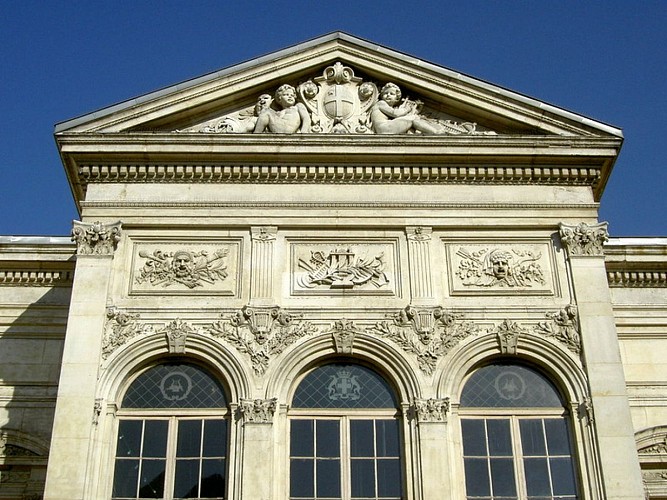 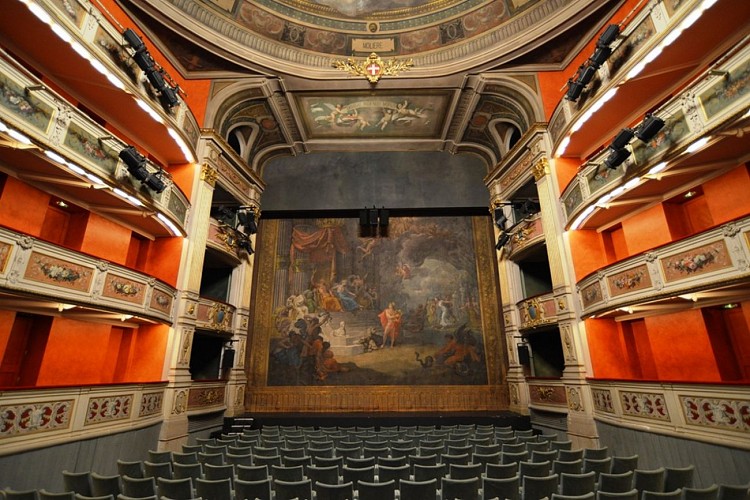 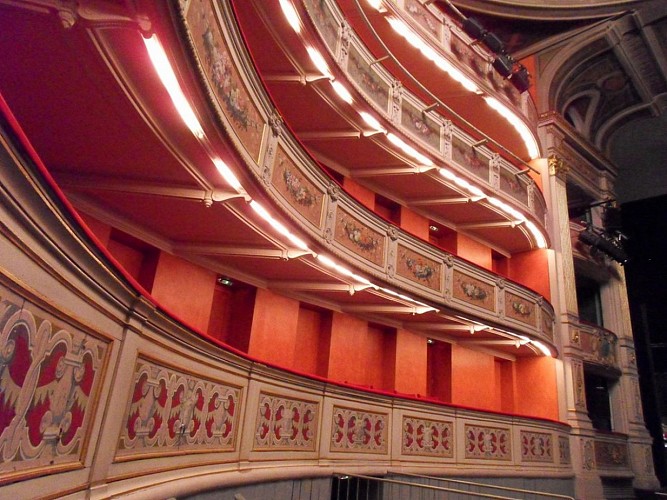 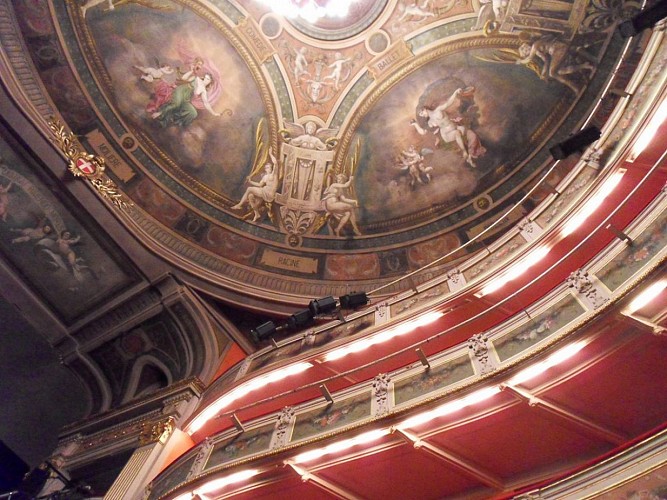 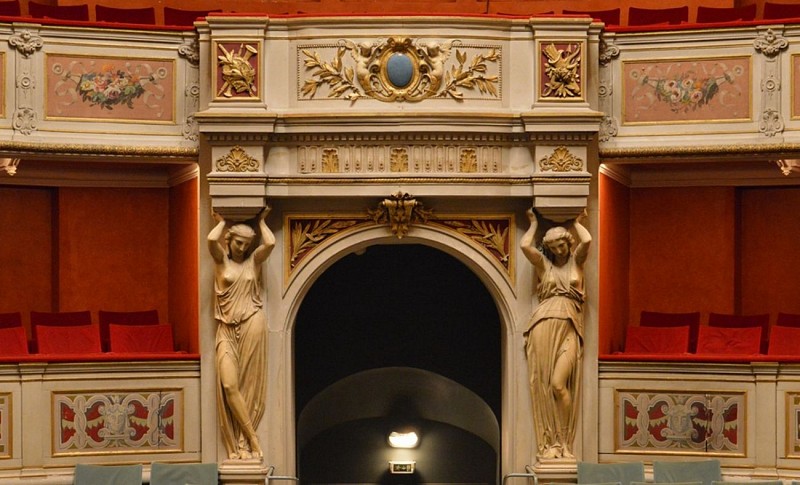 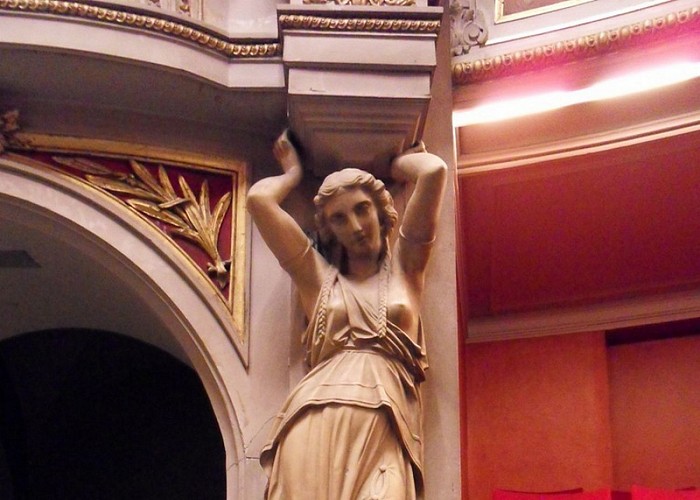 Rebuilt in 1866, this is one of the finest Italian-style theatres in France. It is named after Charles Dullin, a famous actor and director, who was born in Yenne in Savoie.
Of the theater built in 1824 thank to the General de Boigne, is surviving a wonderful drop cloth, painted by Luigi Vacca and representing "The Descent of Orpheus to the Underworld". After its destruction because of a fire in 1864, the theater was rebuilt at the same place, following the plans of Charles Bernard Pellegrini and Joseph Samuel Revel.

The main plan is the same as the one of the first building. The prostyle is actually a vestige of the theatre of 1820. The front, divided in a first central part and of two back part on the sides, is however much less important, which more adapted to the place.
The big room surprises by its heat and its refinment. Its conception is typically italian with a horseshoe form, composed of 4 galleries superimposed. The decor of the stage and of the room are the work of Chenillion, set designer of the opera of Marseille, the decoration of the galleries are the work of Diéterle, designer of the opera of Paris. Sculptures and painting are from Delécole and Bin. The renovation of 1993 has allowed to keep the variety of colors, with the galleries and the walls ochre and the boxes and the stalls in green-grey.

The theatre from Chambéry was nicknamed "the small Scala" because of its big inspiration from the prestigious milanese opera.