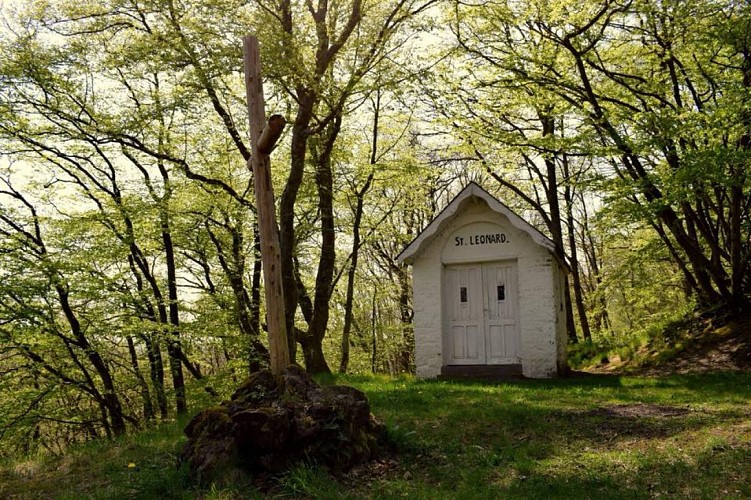 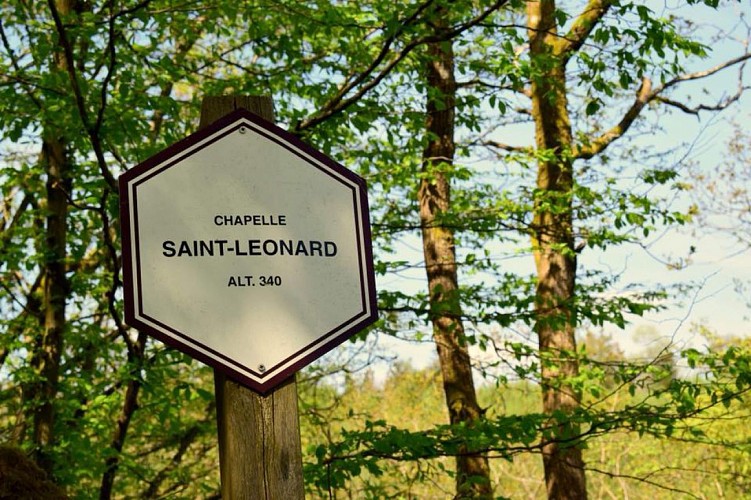 Here stands the Saint-Léonard chapel, a modest yet picturesque oratory dating back to 1877.Near the 14th Station of the Cross, there is a cave that is closed by a metal gate. Until 1969, this cave contained a ‘Dead Christ’. The path used to be bordered by plain wooden crosses. Mr. Leblanc, who owned a second home in Nassogne, was injured in Maastricht during the early days of the 1940-45 war He then made the promise that if he ever set foot in Nassogne again, he would replace the wooden crosses by stone ones. He remained true to his word, and you can now admire the result. You can read more about this chapter of our history on the educational board. The cross opposite the chapel was placed there by the jeunesse ouvrière catholique (i.e. the Young Christian Workers movement, also known under the acronym J.O.C.) and was officially inaugurated in 1930. The two cellars that are located behind the chapel are probably the remains of the hermitage that was rebuilt after a fire in 1712.