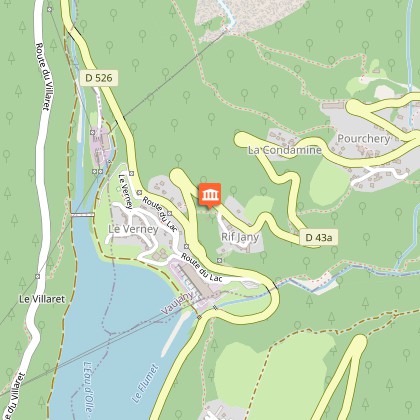 Below the Contamine, people from the hamlets of Rif jany and Verney were born in the commune of Vaujany and were buried in Oz for convenience.
They are called "ecuardas" (several possible spellings). A word that means those who live at the end of the country! This term is found in patois: a cow that breaks its tail is said to be ecuardée. Perhaps this name of the people comes from the fact that they live at the end of the hamlet, the tail of the commune. A little further on: the chamber of the dead, a reference to the place where the victims of the plague were buried in 1630.