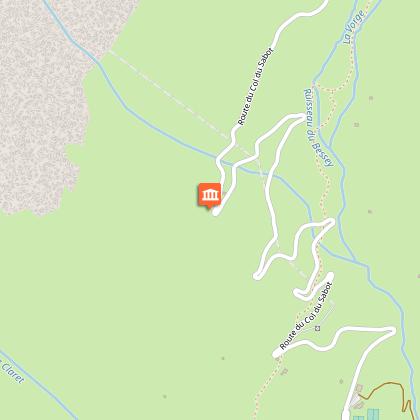 A train will be built during the time of the work to bring the rubble from the mountain to the place (below) called today the Collet. You can see the tennis courts which are situated on a flat area, all the embankment of the dam was stored there changing the original structure of the place. At one time this place was called près des près and was marshy.