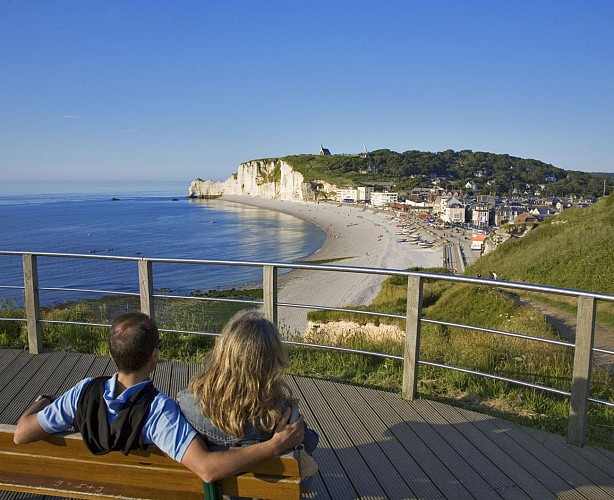 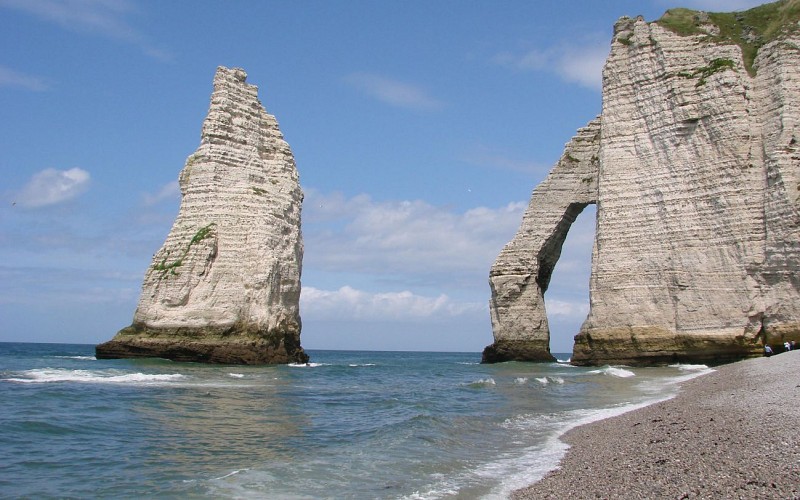 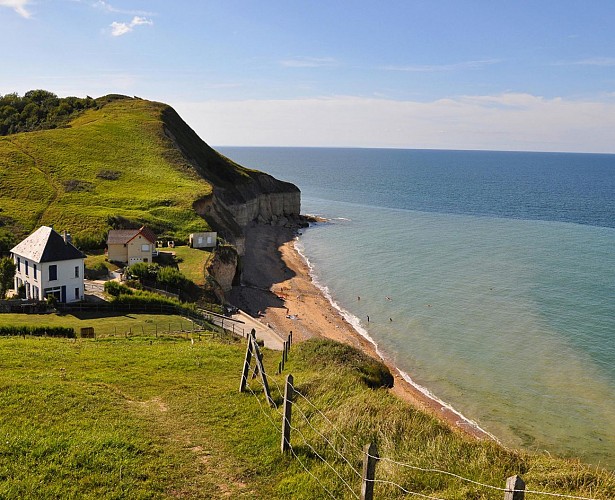 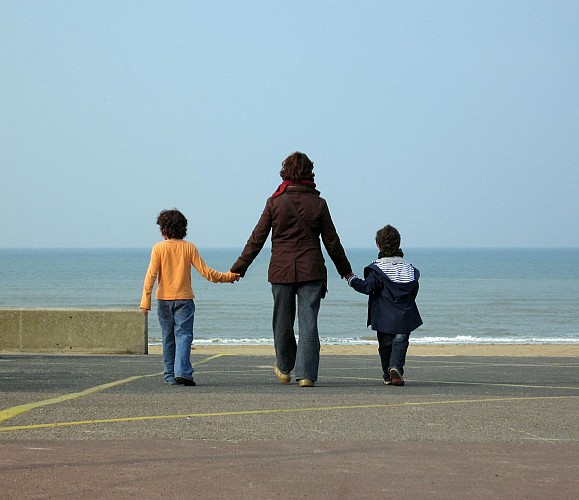 On this tour you will visit the D-Day 1944 landing beaches in Normandy and the American cemetery at Colleville-sur-Mer, walk along Omaha Beach, have lunch, and travel along the Gold coast... a mini-bus will collect you and drop you off your hotel.

BETWEEN JUNE AND AUGUST 1944, THE NORMANDY REGION WAS THE STAGE OF THE BATTLE OF NORMANDY, A FIERCE CONFLICT WHICH ENABLED ALLIED FORCES TO OPEN A SECOND FRONT TO FIGHT AGAINST GERMAN SOLDIERS IN EUROPE.
Stand on the Normandy beaches, and see for yourself the setting in which this decisive battle was fought. As you travel from the Pointe du Hoc to Arromanches, this tour will bring to life the key moments that shaped the individual conflicts and the whole of Europe's history.
You will be collected from your hotel in Paris in the morning and driven through Normandy to the Pointe du Hoc, a strip of land jutting out from the Normandy coast from which the Rangers' launched their heroic assault. You can explore the site at your own pace.
The excursion will then continue at the American cemetery of Colleville-sur-Mer, final resting place of some 9,387 soldiers. Here you will have some free time to go around the new visitors' centre, which commemorates the events of June 6, 1944.
Next up is Omaha Beach, where you will set foot on the historic sands where the American forces suffered their heaviest losses.
After lunch at "La Ferme de la Rançonnière" restaurant, the tour will take you to the ruins of the artificial port at Arromanches before travelling along the Gold Coast to visit Juno Beach. Once there, your guide will show you what remains of the Atlantic Wall before your return to Paris, where a minibus will take you back to your hotel.

Return transport by minibus with hotel pick-up and drop-off
The services of a qualified chauffeur/guide
Self-guided visit of the Pointe du Hoc, visit to the American cemetery at Colleville-sur-Mer
Free time at the Visitor Center and Omaha Beach
Lunch (drink included) at "La Rançonnière" restaurant
Stops at Arromanches and Juno Beach
All entry fees

* Availability (excluding exceptional dates)
APRIL TO OCTOBER: Monday to Saturday
NOVEMBER TO MARCH: ​Thursday and Saturday * Duration: 12 hours approx.
* Departure time: 6:30am onwards
* Departure/arrival point: your Paris hotel (hotel pick-up is available for hotels with postcodes commencing 75)
* Languages: English
* Animals not permitted
* To ensure the comfort and safety of customers, the organizers and partner organizations reserve the right to cancel or modify the itinerary without prior warning, including in the event of protests or strikes