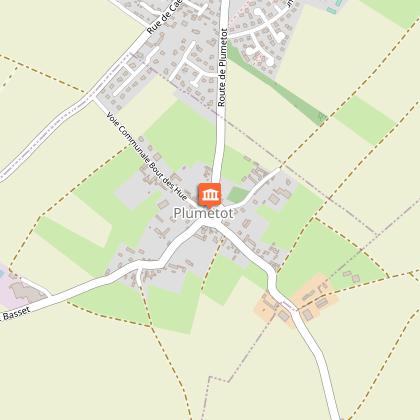 Listed as a historical monument since 1927.
Built between the 12th and 18th centuries. Romanesque style. In the choir there are two beautiful keystones and a pool with a three-lobed arch. One of the keystones represents an angel whose semi-erect wings describe a circle. At the top of its bell tower, a very special clock since 1891. Other remarkable elements are the cross in the cemetery dating from the 17th century and the many details on the façade. In addition to the beautiful fish bones, the stone carvers have left their mark: the drawing of a hand, a cross, but also a memento mori on one of the buttresses of the church.