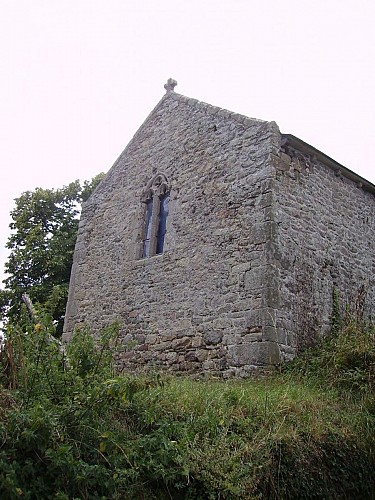 Saint Pierre chapel dates back to the 14th century, (altered in the 19th century) and is linked to a legend: in 1864, when this hamlet from Pluduno, is attached to St Lormel, the inhabitants of Pluduno decided to take with them the statue of their venerated saint. During its transport, the statue is particularly heavy. When on the new borders between the two villages, the 14 horses refuse to go forward. It is understood as the refusal of the saint to leave his dear chapel. People bowed to God's wish and went back to the chapel with the help of a single horse this time round !

At the chapel, go left twice, then right after the camping site. At the road (shops); follow the road up to the bridge and left the path to admire the old village-centre.