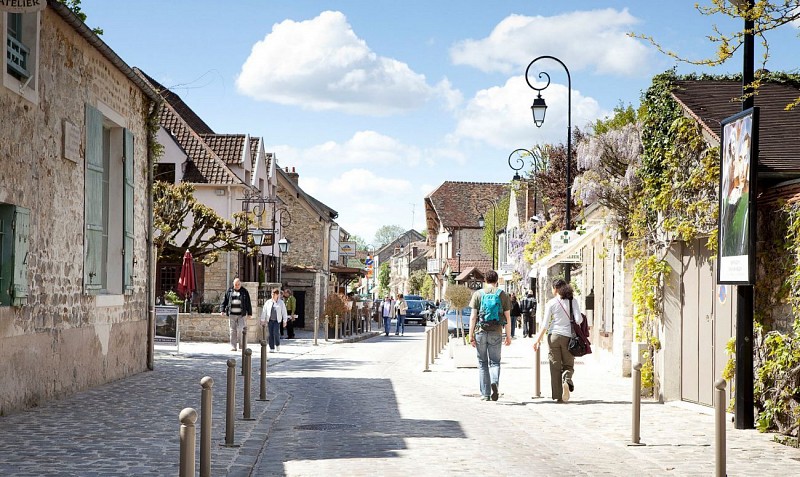 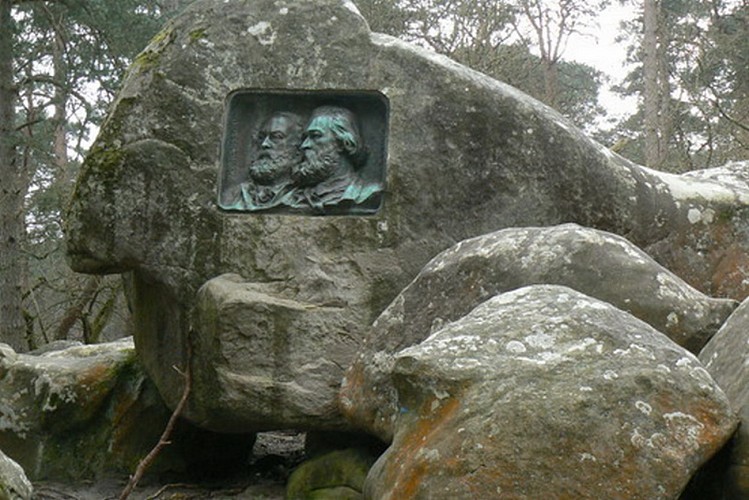 Turn right into the main street, go to the end and take the cow path. You can go up to see the bronze medallion in honor of Millet and Rousseau, halfway up the slope, in the rocky massif on the right. Further up, a plaque reminds us that, thanks to the painters, the first worldwide measure to protect mature trees was taken in Fontainebleau in 1861 with the creation of artistic reserves, which later became biological reserves.