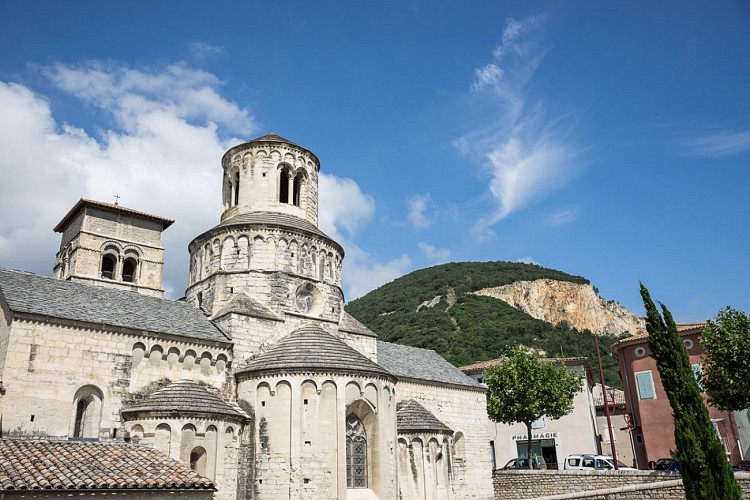 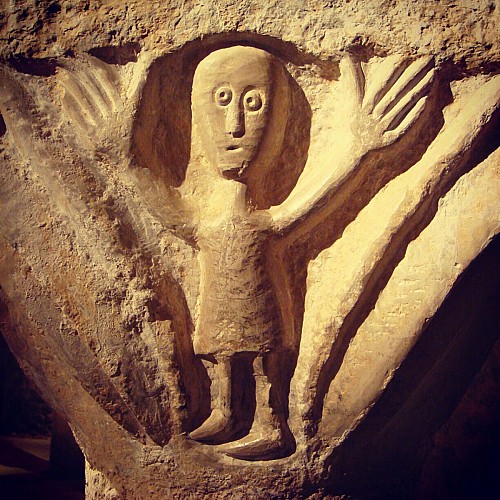 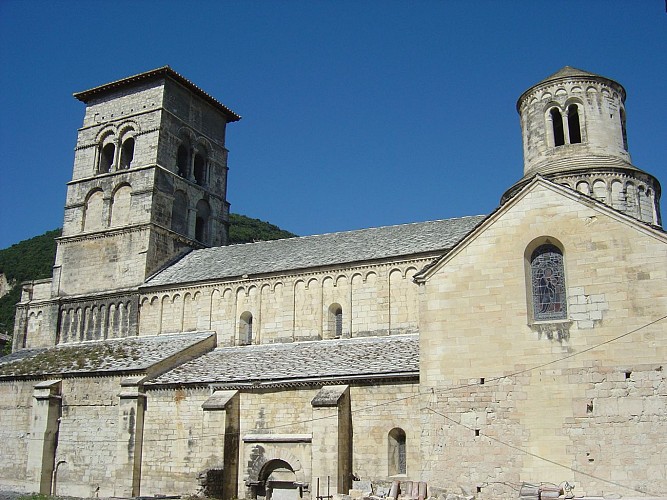 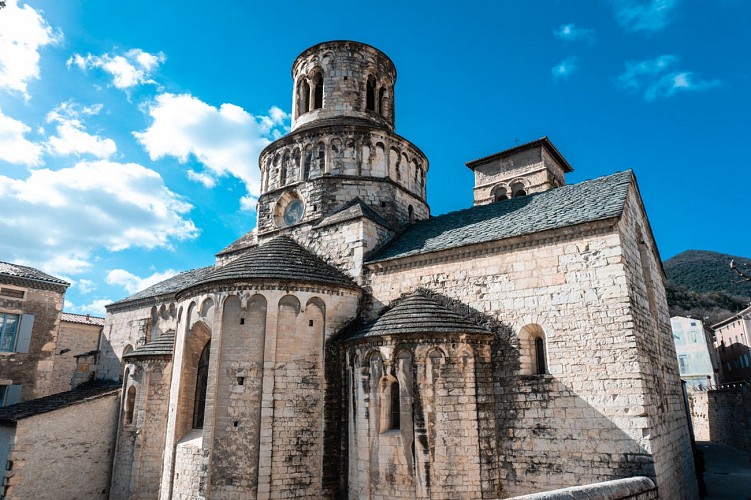 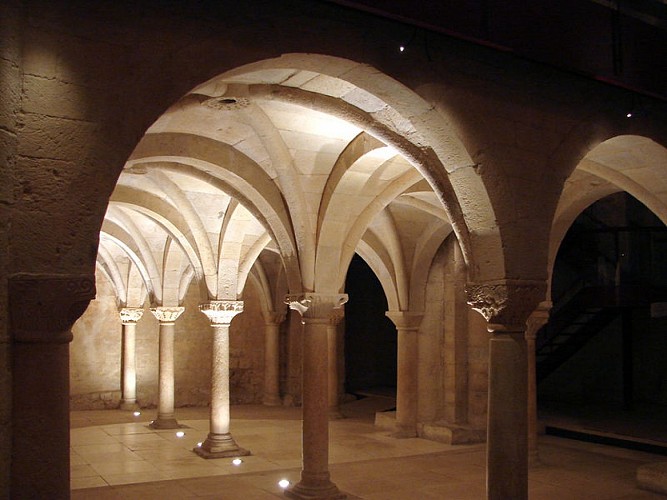 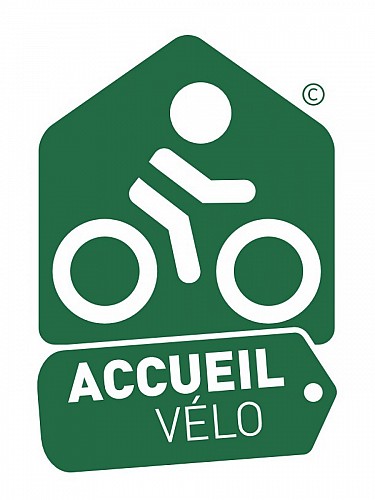 Sainte Marie abbey-church is a masterpiece of Romanesque architecture. It is evidence of the eventful past of Cruas Abbey. Don't miss the treasures: the very rare 12th-century monastic tribune rediscovered just over 40 years ago, the 11th-century crypt and the 12th-century mosaic.
Sainte Marie's abbey church of Cruas, Romanesque architecture masterpiece, is the witness of Cruas monks eventful past who were settled for almost one thousand year.
The present church was rebuilt and expanded during three campaigns of construction between the 11th and the beginning of the 13th century. The history of this abbey cannot be dissociated from the history of Crûle. During heavy rain, the creek turned into a real torrent. The monks were obliged to flee in the medieval site. They also had to clean alluviums which were deposited in the abbey church during the flood. During religions wars, between the 16th and the 17th century, the Catholic monks settled in the medieval site for almost 70 years. During this time, the Crûle has overflowed, bringing a lot of alluvium in the abbey church. At the end of the religions wars, almost three meters of deposit have been accumulated during their absence.
The monks’ community, who was weakened, decided to create a single level church, ignoring the lower section. It was rediscovered 40 years ago during archaeological digs. It gives us a wonderful vision of the monastic podium forgotten for 300 years. Except the Serrabone church, it is impossible to find a monastic podium such as the abbey church of Cruas.

From now on, you can discover the abbey church original volume because of archaeological digs and redevelopment works, which were done between 1985 and 1992, allowing accessibility to the public. Archaeological digs have exposed liturgical elements’ presence, including the altar table, from the 11th century, which is still used during religious services.

By visiting the abbey church, you will have the opportunity to understand how a monastic community worked in medieval period and discover real treasures. First of all, architectural treasure with this Romanesque architecture masterpiece. The monastic podium is a unique and exceptional architectural structure with beautiful sculptures. The crypt of the 11th century with its carved capitals (bestiary, orans) is a must-see such as the choir’s mosaic from the 12th century.

Take a tour with one of our local guides as they share their knowledge with you about the splendour of Sainte Marie’s abbey church of Cruas.

Free admission: guide speaker
Pass'Ardèche gives you access to this site and is available at the abbey church.