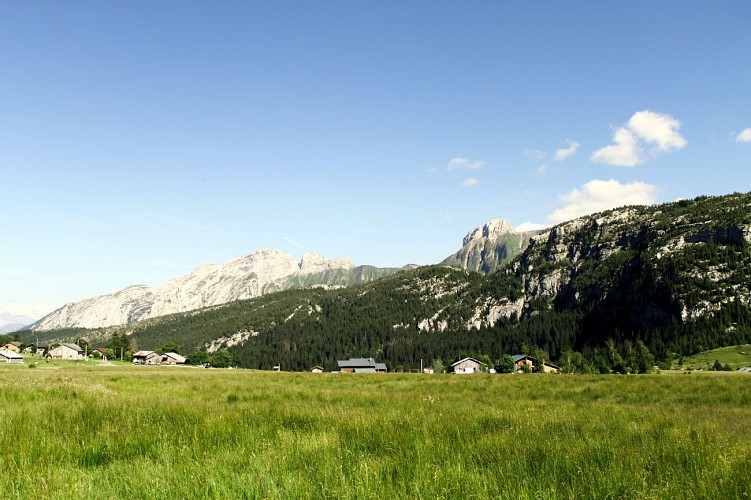 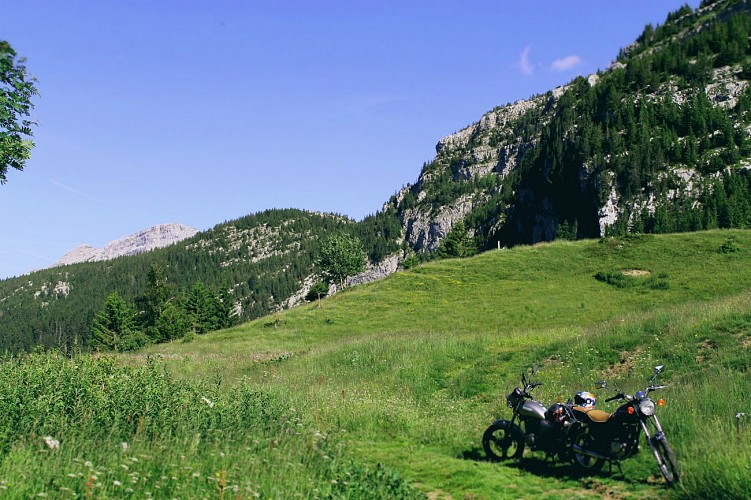 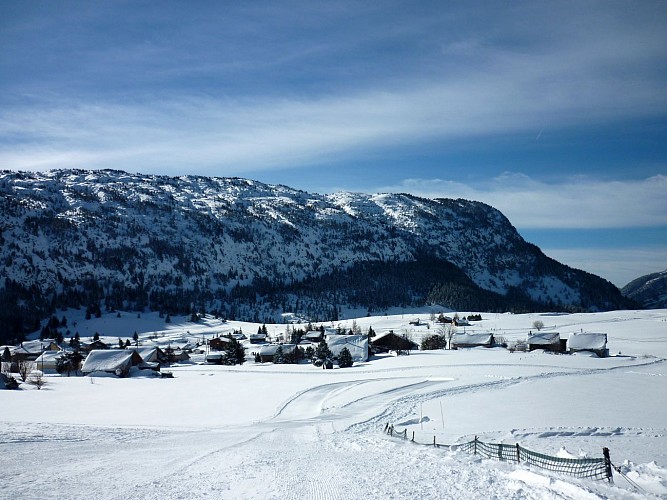 This sunny alpine pastureland, which hangs over the village of Brison stretches between the Pointe d'Andey and the Leschaux rocks.
Above Brison, the Plateau de Solaison has alpine pastureland in summer and ski trails in the winter, in a protected natural setting.
Already in the 19th century, tourists frequented the Solaison site. Every weekend, many of them still come from the valley below to gain a bit of altitude and enjoy the fresh air...

There are about 50 alpine chalets dotted around, most of them residential and proof of na alpine grazing tradition. The chalets were once directly linked to Brison's farming life and alpine farmers. There are several information panels describing the flora, geology and pastureland that covers the plateau.

The Plateau de Solaison is situated at an altitude of 1500 m, with wide untouched spaces amidst an unspoiled natural environment. Both in winter and summer, Solaison offers a wide range of activities. In the winter, there is cross-country skiing, ski touring, snow-shoeing and sledging. In the summer, hiking, mountain biking, climbing on the adventure trail, paragliding. Enough to satisfy everyone!
Solaison also boasts amazing fauna and flora, the colours and smells of which will scent your country walks. From the plateau, you can climb up to the Pointe d'Andey from where you get a magnificent panoramic view over the valley.