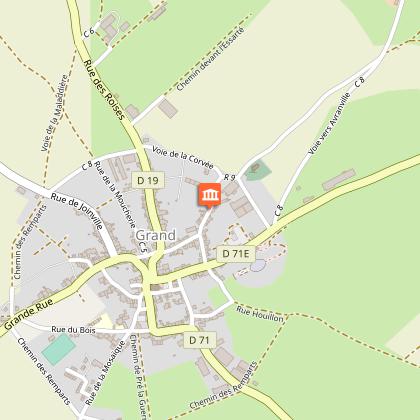 The chapel is located where Saint Libaire's tomb is said to be situated. Surrounded by the former Roman road leading to Soulosse , the place was occupiedby an large public edifice which preceded a necropolis in the High Middle Ages. The present chapel has been founded in the first part of the 15th century into two archeological campaigns : the first one for the five-sided apse and the second one for the unique three-aisle nave. There are still rests of murals remaining, particularly in the choir.