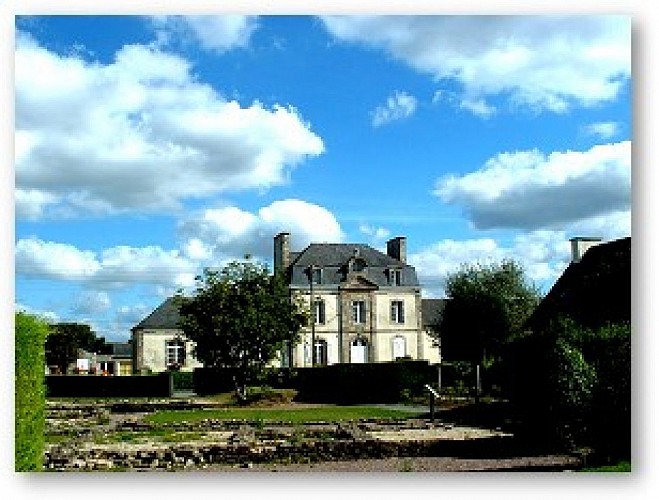 Upon leaving CORIOSOLIS, take the path following the Clos Mulon domus in front of you.

The archeological site of Clos Mulon is at the crossing of the streets, organised according to two main roads : decumanus (East/West) and cardo (North/South), marking the border between the forum's public space and the residencial one, the domus's (unifamilial urban houses).
This site is an open mirror on 4 eraes of dwelling. At the first century of our era, it welcomed a domus (house), made of three rooms. Under the rule of Emperor Claudius (41-54) to take up 600m². In the 2nd and 3rd centuries AD, the domus reaches its final stage, to end up, at the end of the 3Rd and the beginning of the 4th century, as thermae (build West).
An interpretative itinerary, in open accès, unveils the rich history of this site.