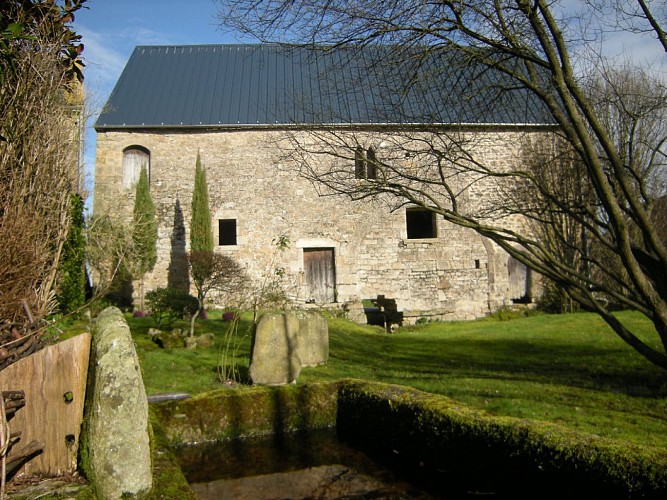 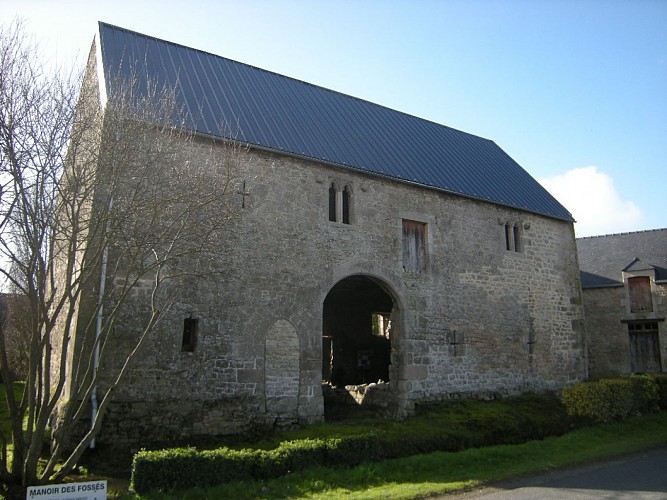 The Manoir des Fossés (Manor of the Moats) is by the source of the Montafilan Stream and, it would seem, on the Etrat path. Its location allows one to think to an occupation prior to Medieval times; many potteries have been found on the riding school's grounds.
It is built on a schistous outcrop which gives it a good point and it is surrounded by a moat.
It is the oldest building of Plélan-le-Petit. It dates back from the middle of the 14th century and the building visible today is only a small part of the original manor.
On the east façade, five cross shaped loopholes (rafters), two gothic windows (with blinds), a carriage entrance and a pedestrian door.
On the other side, the west façade gives out on a closed courtyard and has a great carriage entrance as well as a five metres hight door which was the only door to the first floor.
La charpente gothique est une rareté en Bretagne.
The Gothic frame is a rarity in Brittany.
Some elements were discovered by René Jouffe during excavations: moat with water, mill...
A notice with details is available inside the building.