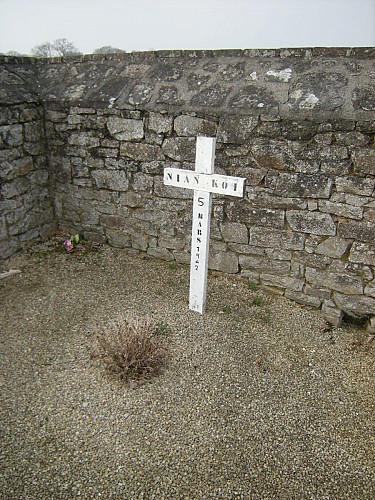 The graveyard was moved in 1933 to the outskirts of the village. It was first in the parochial enclosure by the church. An odd grave can be found named Nian Koi. It's the grave of a Senegalese man. Indeed, during WWII, the Germans, who were housed in locals homes (no Kommandantur), put to slavery "tirailleurs sénégalais", housed in barracks (the current meda centre) to clear the moor. Famed Nian Koi, suffering of dysentry, rebelled and refused to work. He was killed and the people of Plélan chose to welcome him into their graveyard.