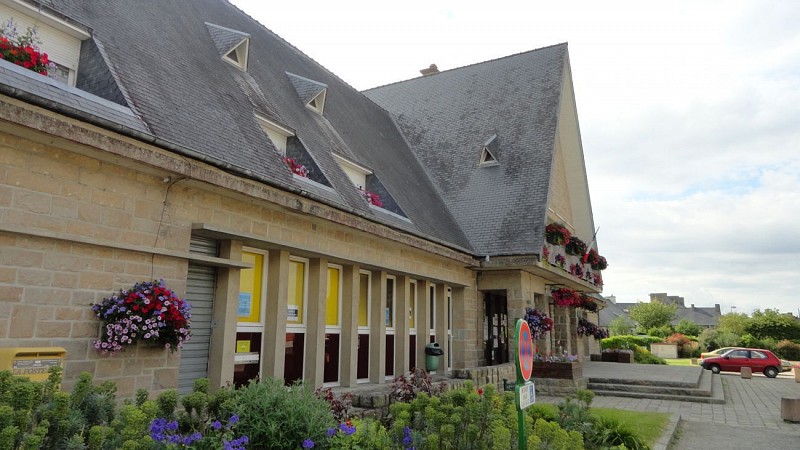 There used to be little industries in Plélan, and the granite quarries poorly worked because of a relative isolation.
In the 1930's, Plélan, chef lieu de canton (administrative centre of a groupe of villages), had 980 souls.
After the war, the surroundings of the streets, the village centre and the national road are built, changing the village into a street-city.
The village-centre then had 7 bars, 2 bakeries, 2 butchers, 1 cobbler, 1 saddler...
There are manly small shop owners and artisans. There are no entreprises, unlike Plancoët, because of a lack of roads and of port.
In front of the back of the church, the old "Hôtel des voyageurs" can be found, a hotel that had 5 rooms and of a sometimes subversive reputation.
300m from there to the South, at the bottom of the playging fields, used to be a train station for the lign Jugon-Dinan, taken apart in 1938/1939. The train had four 4 wagons (3 for goods/ 1 for travelers).
Plélan was a quiet village, its inhabitants united.
From the 1970's onward, the good situation of the village helps the installation of new inhabitants. Its when the mairie was built with the granite extracted South of the village.
Go around the building by the left and follow the street.