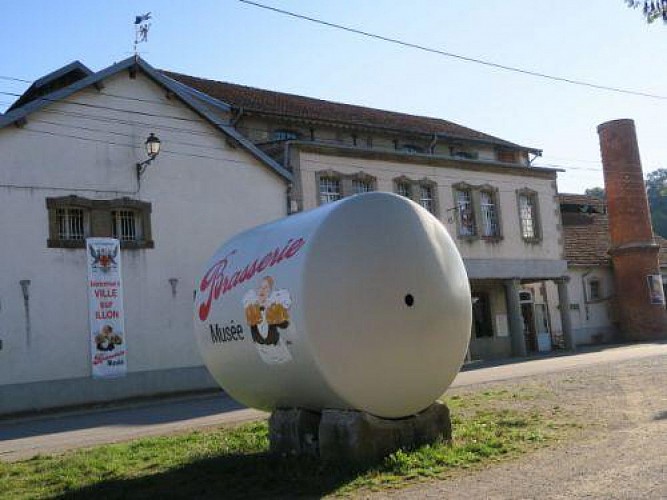 It was in1887 that Jacques Lobstein, owner of brewery Dommartin, start to contruct buildings of the future. The big brewery and malt house Vosgienne were better adapted to the standarts of industrial brewing. The work ended in 1900 with the malt house. A beautiful résidence, designed by architect Clasquin, remplaced the former premises in 1904. Aroud 1930, his son René Lostein, modernized the brewery and built a magnificient brew hall in art-eco style. The brewery stops brewing the famous beer from the Vosges in 1956 but the company stayed active till 1975. Some of the buildings became a museum in 1987. Brewing demonstations have been performed since 1993.