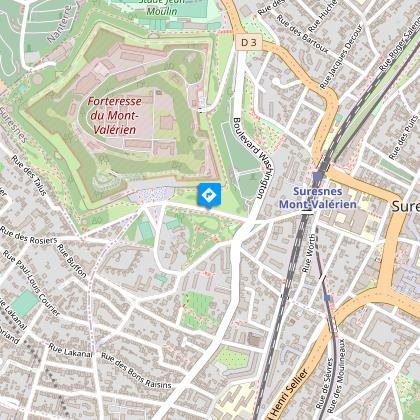 Mont Valerien : the memorial of fighting France
The Mont-Valérien memorial was the main place of execution by the German army on French territory during World War II.

These men, murdered because they were resistance fighters condemned to death or hostages, Jews and Communists, are all reminders of our history which naturally made this site a Mecca of national memory.

After the war, the site was chosen by General de Gaulle to honor the memory of the Dead for France from 1939 to 1945; he inaugurated the memorial of fighting France there on June 18, 1960. Inside the site, the “Remembrance Trail” allows you to follow the path of those who were about to be shot: from the chapel, the walls of which still keep traces of graffiti engraved by convicts, in the clearing of the executed.

The discovery of the Mont-Valérien memorial allows us to better understand what the German repression was, the French collaboration, and what was the journey of those "who loved life to death.