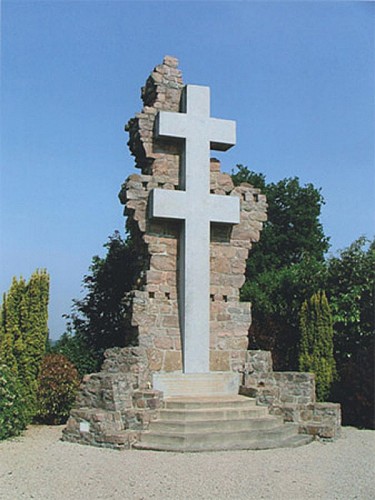 The Saint Clair Monument was built in homage to the shots of Saint-Clair. This monument, in the heart of the Suisse Normande, symbolizes the most resistance in Normandy,. This is the story of a resistance group led by Jean Renaud-Dandicolle, originally from Bordeaux. Trained in England, his mission was to unite groups of Resistance fighters in Lower Normandy and prepare them to take action against the enemy. They were at the heart of the battle that started June 6, 1944.