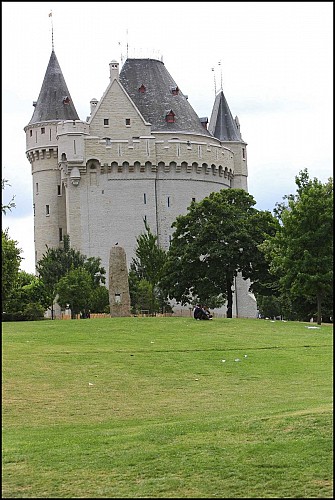 The Porte de Hal is the only significant remnant of the second wall. During the breakdown, it was spared because it served as a prison. Later it became a museum of weapons and it was converted into a neo-gothic monument by architect Henri Beyaert. Following the closure of the museum in 1974, temporary exhibitions were being held at the Porte de Hal. After a renovation the tower opened again permanently in 2008. The Halle Gate is now a museum about the history of Brussels and the second city wall.