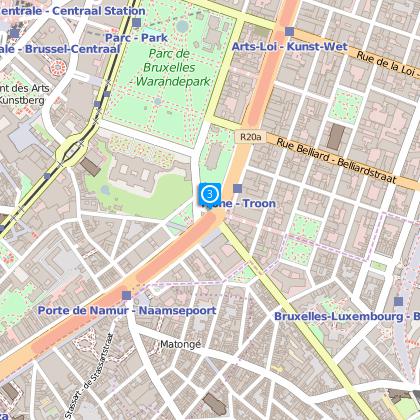 The small ring road follows the old route of the second city wall. In the 19th century these avenues were modern roads with large mansions and luxury traders. People came there to walk and soon the first tramlines were built. Then the trees disappeared from the landscape and the pedestrians had to move for cars. From 1957 tunnels were constructed, initially for cars, and later for the metro.