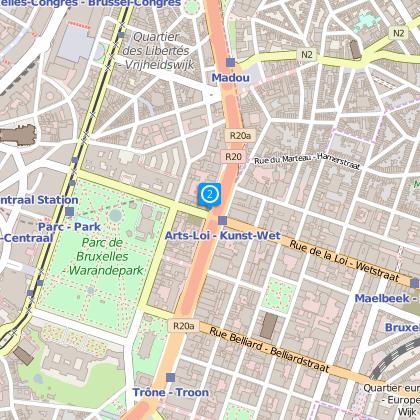 Disappearance of the wall

The evolution in warfare made the city fortifications useless at the end of the 18th century. First, some gates were broken down, the walls became walking places with a nice view. In 1810 Napoleon gave the order to completely break down the walls and replace them with wide avenues.