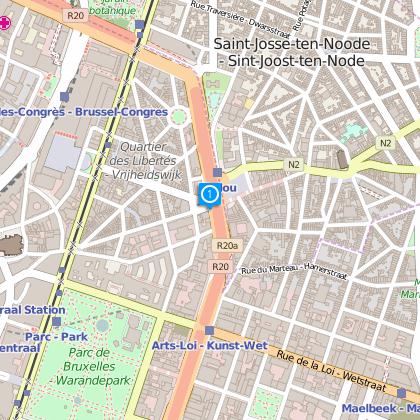 Like the first wall, the second wall of the city was built on an earthen embankment in which heavy foundation pillars were buried. In the lower area of the city the moat was filled with water. In the higher parts (Schaerbeek, Louvain and Namur port) the moat was dry. In the 16th and 17th century, under the Spanish regime, the ramparts were strengthened. Impressive earthen structures (towers and ravelins) were built to better defend the city.