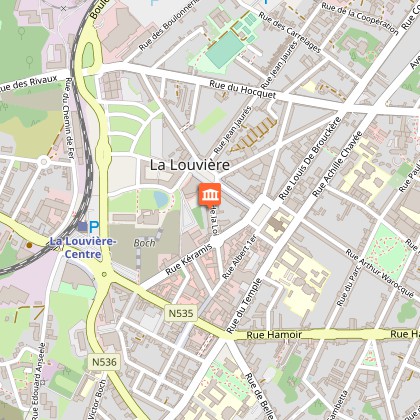 The Daily-Bul is a thought, a review (1957-1983) and a publishing house founded by André Balthazar and Pol Bury in La Louvière, in 1957, in the footsteps of the COBRA movement and Belgian surrealism. Supporters of the idea of self-publishing, Pol Bury and André Balthazar released their work in the Daily-Bul, which also published the likes of Christian Dotremont, Pierre Alechinsky, Achille Chavée, Jean-Michel Folon and Théodore Koenig. Set up in 2009, the purpose of the Centre Daily-Bul & C° is to promote the activities of the Daily-Bul and its national and international colleagues. Exhibitions and events are put on regularly in a manor house dating back to the late 19th century, with a garden that houses five bronze sculptures by Pol Bury.