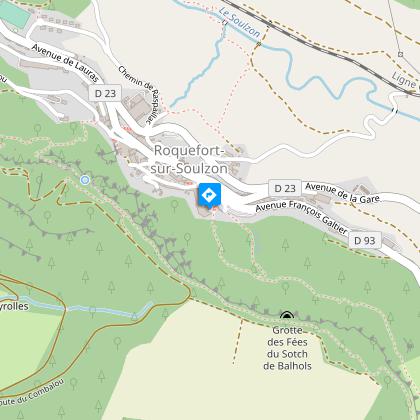 The Saint-Pierre chapel dates back to the 11th century and is located on top of a rocky spur of the same name. It was the chapel of the castle and was never a parish church. The castle, which dates from the same period, was attached to the rocky vertical face (remains of a tower). The structure of the chapel is made with a fine stone-setting and is proof of the quality of the construction of this small religious building. The squat and vaulted semi-dome choir was restricted by a semicircular arch with an enlarged triumphal arch that stood in front of it and led to the short nave.