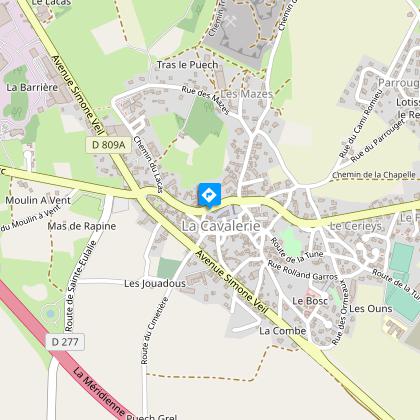 The ramparts of La Cavalerie

The fortifications of La Cavalerie, a centuries-old work against the test of time… Situated at the north of the Larzac plateau, La Cavalerie was created in the 12th century by the Templars of Sainte-Eulalie commandery, settled on the Larzac Causse since 1152.The Sainte-Marie church (1180) was included in the Knights Templars dwelling and included several buildings around a small courtyard. The village developed around this building, where the inhabitants found refuge in case of danger.However, this protection as well as that of the Commandery of Sainte-Eulalie was considered insufficient during the Hundred Years War, where the Larzac, a wide open plateau, badly defended but provided with cattle, attracted the people of war. The commander of Sainte-Eulalie, Bertrand d’Arpajon, fortified the important places of his commandery: Le Viala du Pas de Jaux in 1430, then La Cavalerie, La Couvertoirade in 1439 and finally Sainte-Eulalie in 1442.Source : Point accueil La Cavalerie.