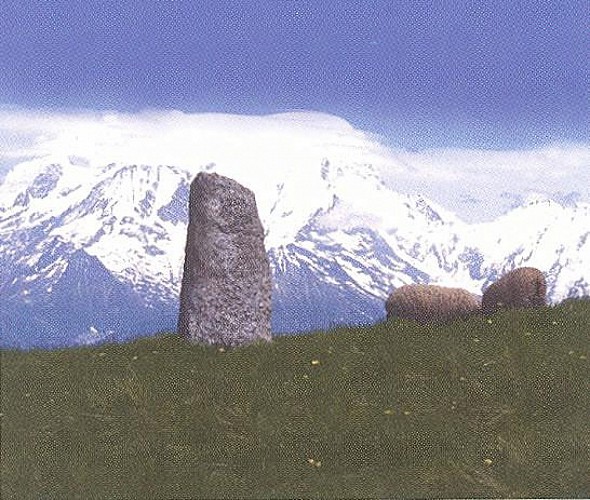 The Petit Croisse-Baulet Roman boundary marker is one of Val d’Arly’s ancient remains. An ideal excuse for good walkers to explore this together with the other two markers of Le Jaillet and L’Avenaz (7 hrs walking).
The Petit Croisse-Baulet boundary marker is one of the three markers that have been found in Val d'Arly, on the former border between Ceutrons and Allobroges. It was built in 74 A.D. by the Romans in order to demarcate the territories of local tribes. The word "FINES", that means "limit", was carved on it. Until the 18th century, it marked the border of mountain pastures between La Giettaz and neighbouring territories. This marker, just like others, has been thrown down the slope in order to blur the border, because of conflicts and trials about the boundaries of pastures. It was found again 25 years ago but it has been topped and does no longer bear the inscription "FINES".