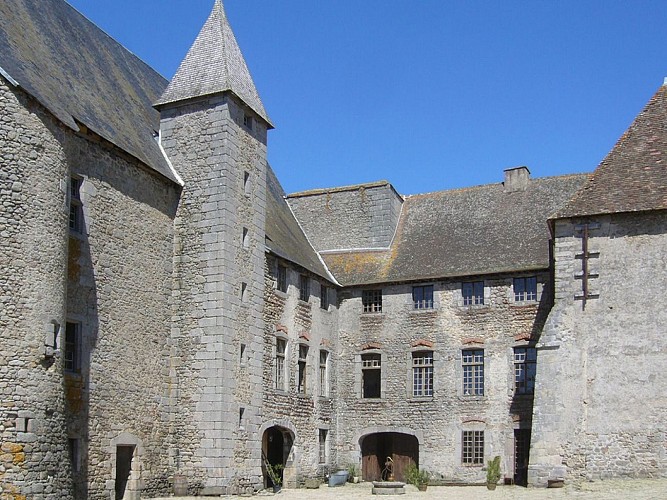 Founded in the 12th century, the Commanderie de Lavaufranche bears witness to the history of the Hospitaller Order of Jerusalem and its establishment in France.

This former religious and military complex, still retains important buildings today: a chapel with a painted complex of the late thirteenth century, a dovecote, a dwelling connecting the keep to the chapel and a home developing to the west dungeon, built by Commander Jean Grivel in the early fifteenth century.

The primeur of the Commandery of Lavauvranche vis-à-vis that of Bourganeuf, its operation, its role in the rural and spiritual fabric and its castrale and religious architecture make it an essential element of the hospital establishment in the region.

Transformed into a barn since the end of the 18th century, the chapel revealed its murals in the 1960s.

Classified Historical Monument in 1963 - For the moment, it is not open to the public except for Heritage Days.