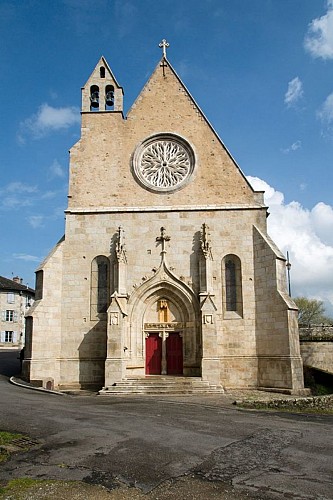 The Chapel of Notre Dame du Pont: The chapel dates back to the 10th century. It was extended thanks to King Louis XI in the 15th century in the late gothic style. It was restored at the end of the 19th century. The chapel is not open to the public, apart from the “Journées du Patrimoine” (National Heritage days) in mid-September.

The front of the Chapel was fully renovated in 2013, and points of architectural interest include the door with sculpted coats of arms, adorned with an arch brace, pinnacles and a Rose window.