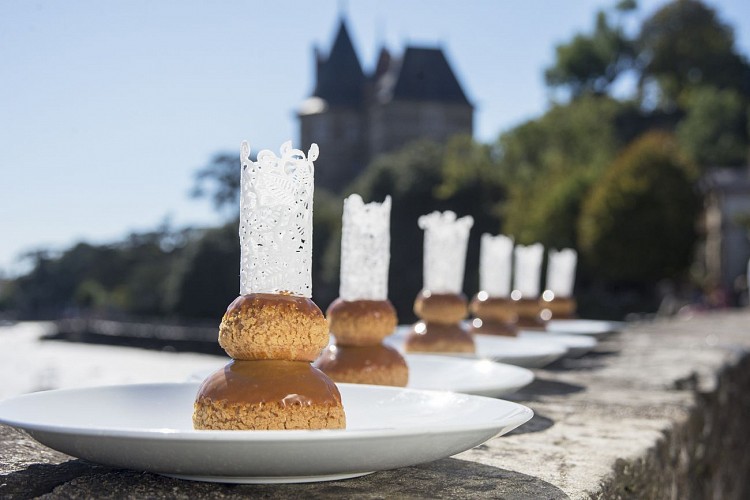 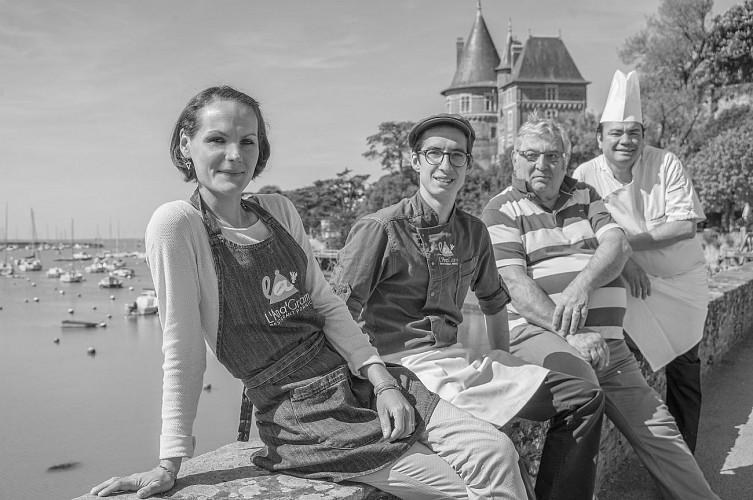 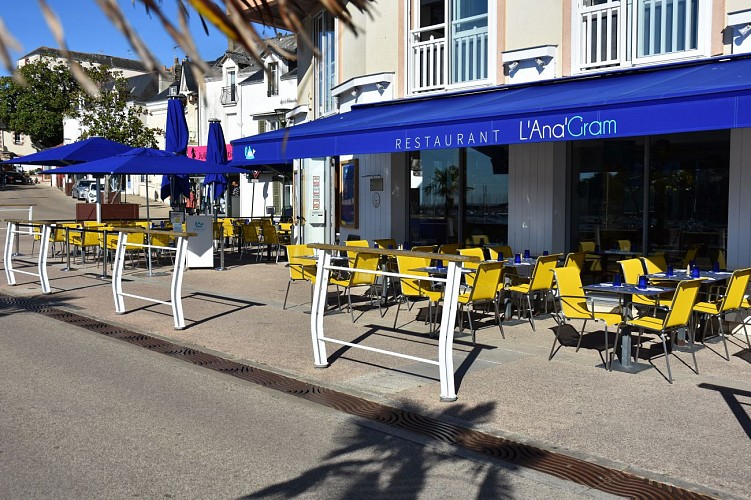 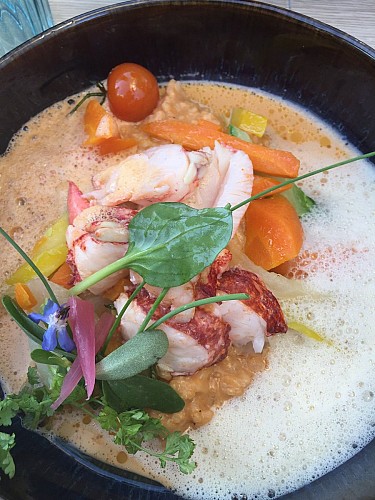 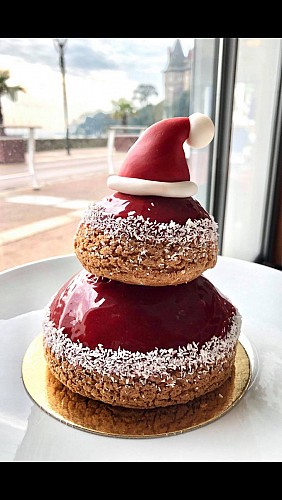 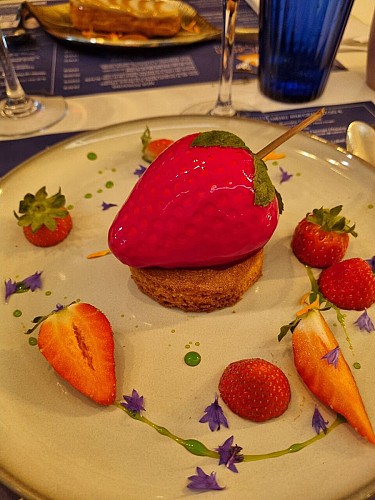 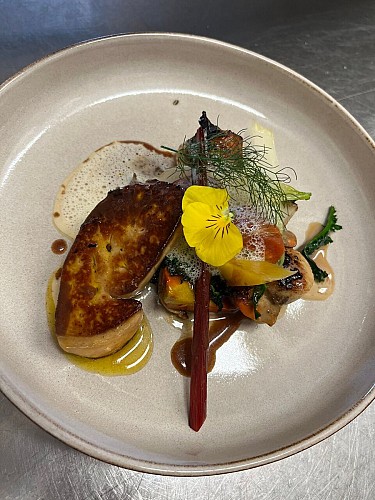 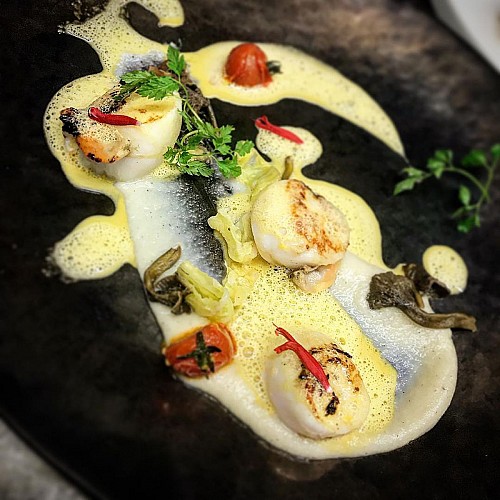 Two chefs, one of whom is Maître Restaurateur, at the helm of Ana’Gram: Antonio Batista, chef and Julien Morlighem, pastry chef.

This establishment, divinely located on the old port, opposite the castle of Pornic, benefits in summer from a terrace, the most beautiful of the Môle!
In a warm atmosphere, Claire and the entire dining team focus on the well-being of customers. In the afternoon, the Ana'Gram turns into a tea room, for everyone to enjoy.

Entered as a cook at the Hôtel du Rhône, a five-star palace in Geneva, Antonio Batista emerged as chef de partie. After exercising his talent in various restaurants in the Geneva region, he became the owner of an authentic Geneva semi-gastronomic brasserie for more than 13 years. His credo, to work with good products, to favor the fresh and the local.
The emphasis is on the vegetables on the plate, but not only ...
Antonio prepares the fish he knows how to enhance and the meats with the chef's butter, the house specialty, an emulsified butter. Some examples to whet your cravings: a fillet of hake with saffron, cod fillet with Spirulina from Retz or pan-fried scallops. Antonio does not hide his preference for fish, which he particularly likes to cook "a la plancha and one sided".

The restaurant is certainly one of the few that can boast of having a pastry chef! Julien Morlighem cut his teeth with Pierre Gagnaire, then chef at Cyril Lignac and coached by Christophe Adam. He loves revisiting pastry classics, such as Paris Brest now Paris Pornic, tarte tatin, a Valrhona dark chocolate soufflé served with salted butter caramel ice cream. But set your sights on the flagship dessert of Ana'Gram "La Bigoudène", a salted butter caramel nun topped by the traditional headdress made of sugar, with a sponge decoration in blue colored syrup typical of the Pornic earthenware factory.