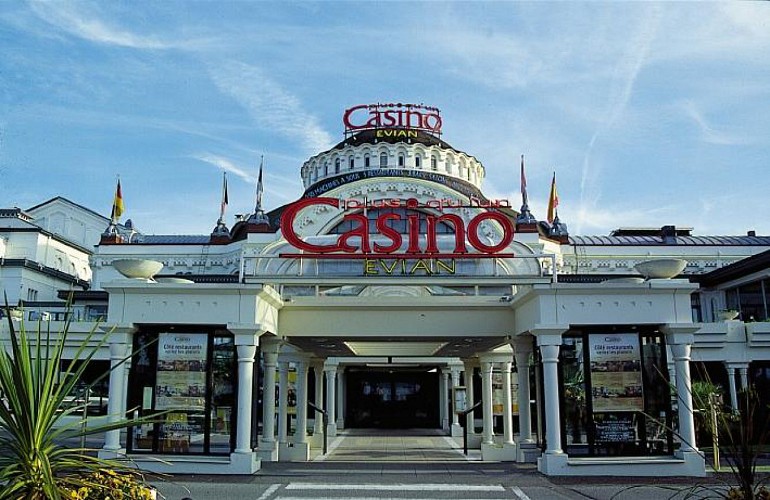 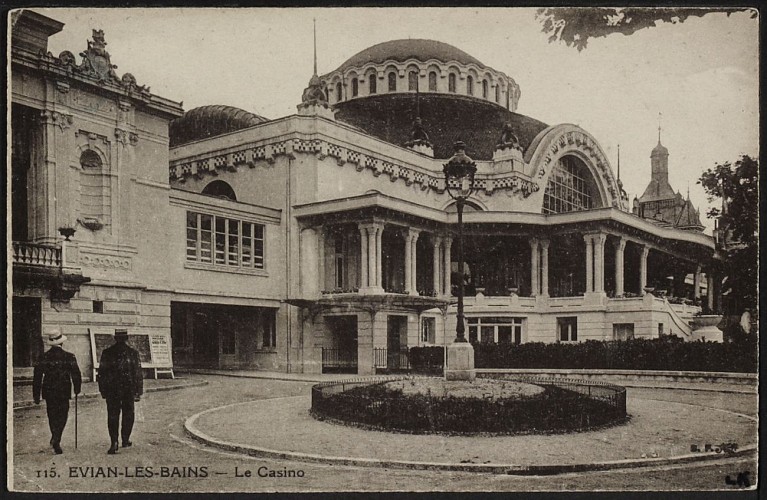 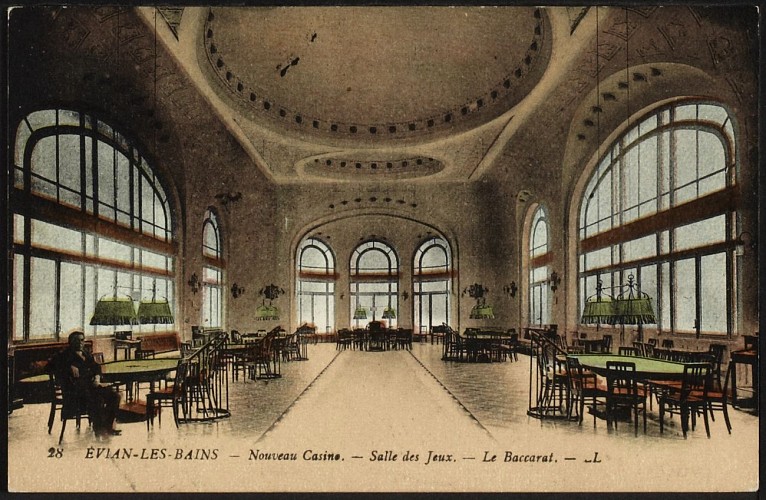 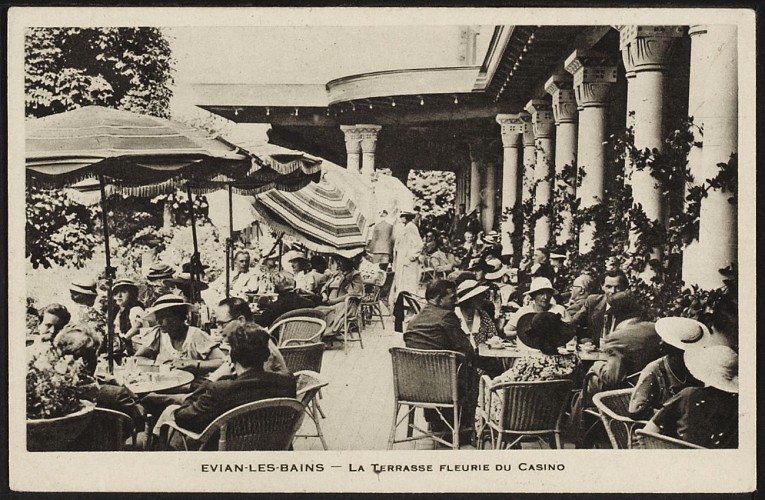 Today's casino was designed and built by Albert Hébrard in 1912 in place of the Blonay barons' castle which burned down the year before
Ennemond de Blonay (1838-1878)—last descendant of his family and Evian mayor—installed a municipal casino there before bequeathing it to the city. With 15,000 m² of shore line, a new dock and gardens were created. The reinforced concrete building is shaped like a grand central hall and opens to all the annexes: concert halls, game and reading rooms, and a restaurant. It is topped by an impressive decorated cupola that has hints of Byzantine influences. One of the two side staircases, which have been removed, gave access to large covered patios with a view of the Léman.