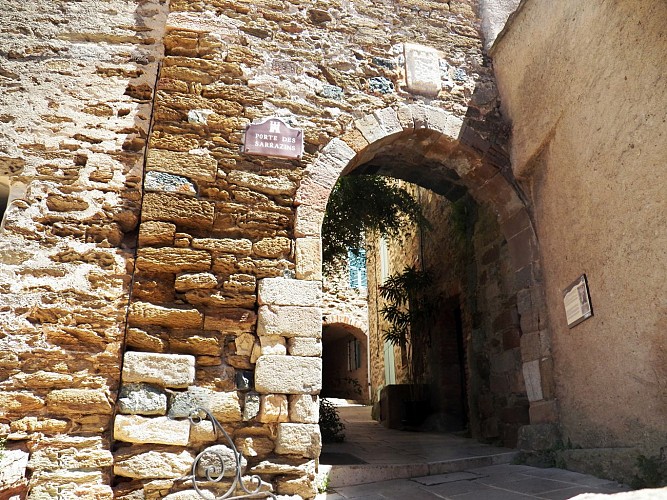 The Porte des Sarrazins was the main entrance to the walls of the medieval fort of Garcin. It was opened in the walls of the ramparts, leï Barri, around the 14th century.
Access to this entrance was forbidden by a wooden door and a portcullis called buckwheat. As you walk towards the door, you can see, at the top left, one of the hinges and on the right the location of the planks that allowed it to be closed; above, in the arch, the brick part draws the space which made it possible to descend the harrow.

The arch and the right foot inside are in serpentine green-bluish marble from the Massif des Maures and with bosses, a characteristic sign of civil and military architecture in the 14th century.

Serpentine was extracted from local quarries; Gassin owned his own, located at the time in his district of Cavalaire.

The Porte des Sarrazins is depicted on the enigmatic monument to Saint Joseph at the entrance to the village.