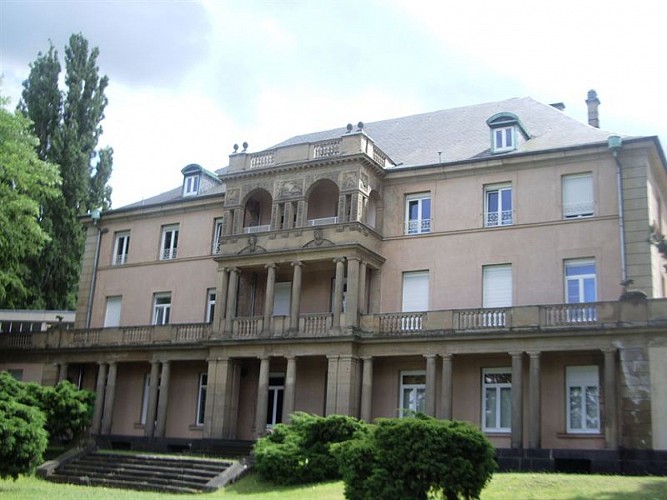 Built at the beginning of the 1850s and enlarged in 1913, the property which included this building became the residence of the Director of the Adt cardboard and papier-mâché-making factories. When the family was expelled after the end of the First World War for giving its allegiance to Germany during the war, the Adt mansion was bought by the Wendel family and turned into the Hôpital des Houillères (Coalfield Hospital).