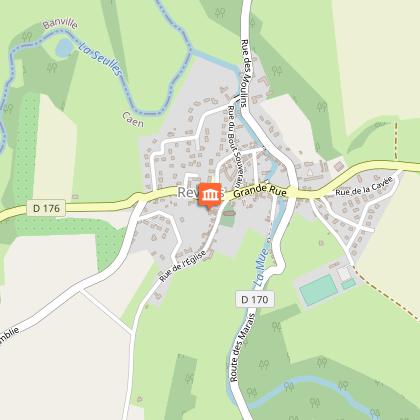 Built between the 12th and 13th centuries on the former hermitage of Saint-Vigor, this édiﬁce was a dependency of the Abbey of Montebourg (50). At the beginning of the 18th century, it was used as a presbyteral house. Sold as national property during the Revolution, it was converted into a barn and is now private property. Many burials and sarcophagi were found around and under the chapel.